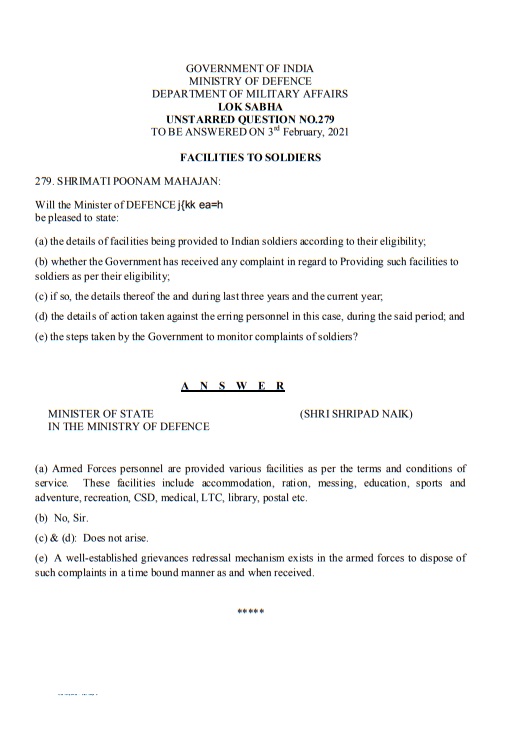 GOVERNMENT OF INDIA
MINISTRY OF DEFENCE

Poonam (Mahajan) Vajendla Rao
Will the Minister of DEFENCE be pleased to state:-

(c) if so, the details thereof the and during last three years and the current year;
(d) the details of action taken against the erring personnel in this case,during the said period;and
(e) the steps taken by the Government to monitor complaints of soldiers?

(a) Armed Forces personnel are provided various facilities as per the terms and conditions of service. These facilities include accommodation, ration, messing, education, sports and adventure, recreation, CSD, medical, LTC, library, postal etc.

(e) A well-established grievances redressal mechanism exists in the armed forces to dispose of such complaints in a time bound manner as and when received. 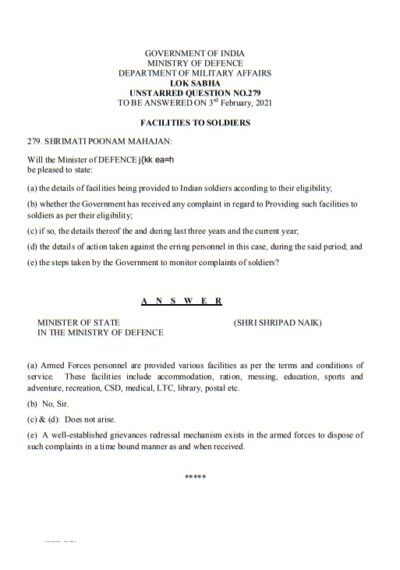 Loading...
Newer Post
Relaxation in eligibility criteria under Joint Entrance Examination JEE(Main)-2021 for the academic year 2021-22 in view of COVID-19 Pandemic
Older Post
Criteria for determining the candidature of a GDS candidate when examination conducted for multiple recruitment years: Department of Posts