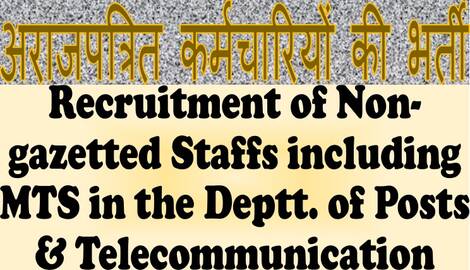 Recruitment of Non-gazetted Staff including MTS in the Deptt. of Posts & Telecommunications अराजपत्रित कर्मचारियों की भर्ती GOVERNMENT OF INDIA

GOVERNMENT OF INDIA
MINISTRY OF COMMUNICATIONS
DEPARTMENT OF POSTS

Will the Minister of Communications be pleased to state:

(c) if so, the details thereof; and

(d) if not, the reasons therefor?

(a) Cadre review of Posts & Telegraphs Building Works Service (P&T BWS), Group ‘A’ was approved by the Government and same has been conveyed vide Department of Telecommunications O.M. dated 14.11.19. P&T BWS (Group ‘A’) has been declared as a dying cadre in the Cadre Review to be phased out in such a manner that there is no adverse impact on the incumbents in the cadre has been discontinued. Postal Printing Press, Bhubaneswar was shut down vide Department of Posts letter no. 5-1/2018-PF dated 22, July 2019. 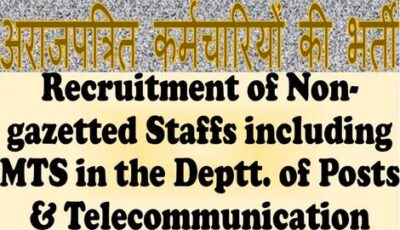