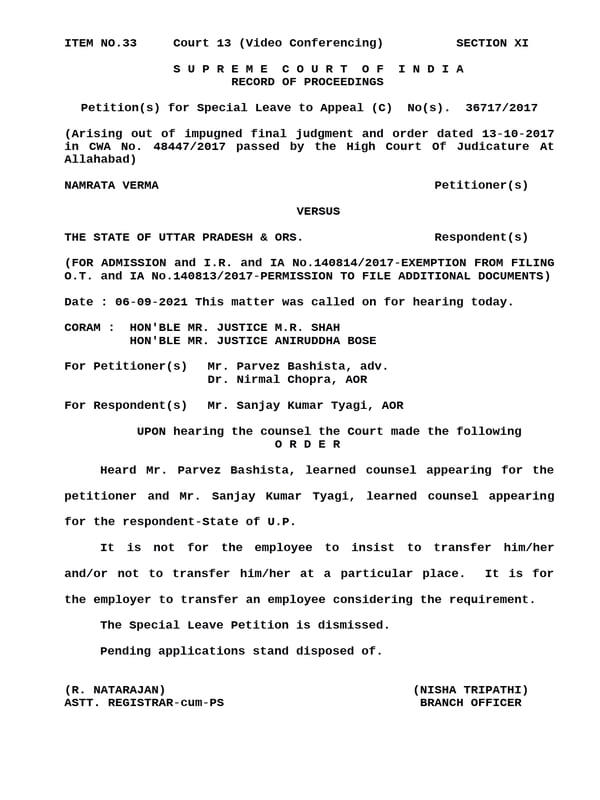 The Supreme Court in an order stated that the transfer of an employee is based on the requirement of the employer and the employee cannot insist on transfer to a particular location.

The observation was made while dismissing a petition by a lecturer challenging an October 2017 order of the Allahabad High Court and requesting a transfer to a preferred location. The High Court had earlier dismissed her plea against the rejection of her representation by the authority concerned for transfer from Amroha to Gautam Buddha Nagar.

In her petition filed before the High Court, the woman, posted as a lecturer in UP’s Amroha district, had said that she had made a representation for her transfer to a college in Gautam Buddha Nagar but it was rejected in September 2017 by the authority.

The High Court had noted that the order passed by the authority concerned showed that she had remained posted at a college at Gautam Buddha Nagar for about 13 years from the date of her initial appointment in December 2000 to August 2013 and, therefore, her request for posting her again at the same institution was not justified.

The High Court had said that in case the petitioner has completed the requisite number of years at the place of her present posting, she may request for transfer to some other place but not to a place where she had already worked for 13 years.

THE STATE OF UTTAR PRADESH & ORS.

UPON hearing the counsel the Court made the following

The Special Leave Petition is dismissed. 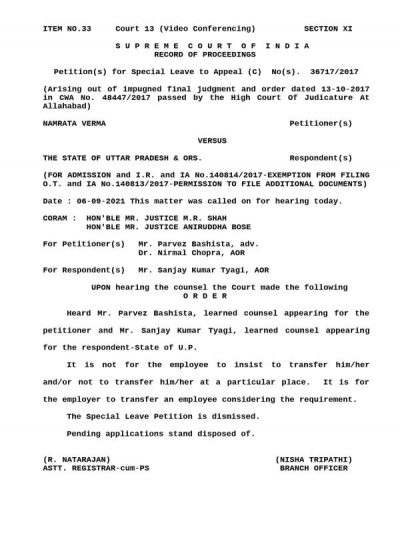