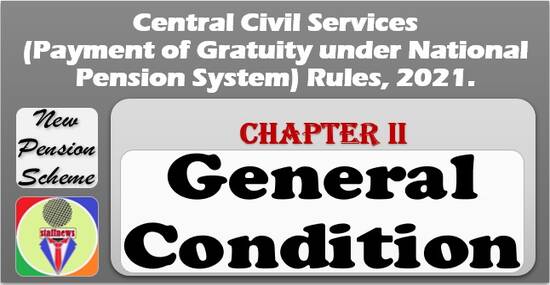 4. Regulation of claims to gratuity. – (1) Any claim to gratuity shall be regulated by the provisions of these rules in force at the time when a Government servant retires or is retired or is discharged or is allowed to resign from service or dies, as the case may be.

5. Right of President to withhold gratuity.- (1) The President reserves to himself the right of withholding gratuity, either in full or in part, and of ordering recovery from gratuity of the whole or part of any pecuniary loss caused to the Government, if, in any departmental or judicial proceedings instituted while the Government servant was in service, the retired Government servant is found guilty of grave misconduct or negligence :

Provided that the Union Public Service Commission shall be consulted before any final orders are passed by the President under this rule:

(2) (a) The departmental proceedings referred to in sub-rule (1), shall, after the retirement of the Government servant, be deemed to be proceedings under this rule and shall be continued and concluded by the authority by which they were commenced in the same manner as if the Government servant had continued in service :
Provided that in all cases where the departmental proceedings are instituted by an authority subordinate to the President, that authority shall submit a report recording its findings to the President.

(b) No gratuity shall be payable to the Government servant until the conclusion of the departmental or judicial proceedings referred to in sub-rule (1) and issue of final orders thereon.

(3) The President may at any time, either on his own motion or otherwise call for the records of any inquiry and revise any order made under these rules and may confirm, modify or set aside the order, or remit the case to an authority directing such authority to make such further enquiry as it may consider proper in the circumstances of the case, or pass such other order as he may deem fit :
Provided that no order enhancing the amount of gratuity to be withheld or withdrawn, shall be made.

(4) The President may at any time, either on his own motion or otherwise review any order passed under these rules, where extenuating or special circumstances exist to warrant such review or when any new material or evidence which could not be produced or was not available at the time of passing of the order under review and which has the effect of changing the nature of the case, has come, or has been brought, to his notice :

Provided that no order enhancing the amount of gratuity to be withheld or withdrawn, shall be made.

(b) judicial proceedings shall be deemed to be instituted – 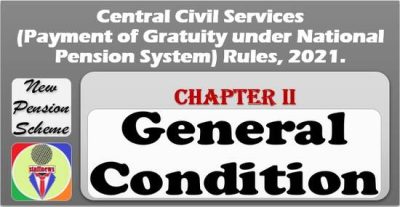