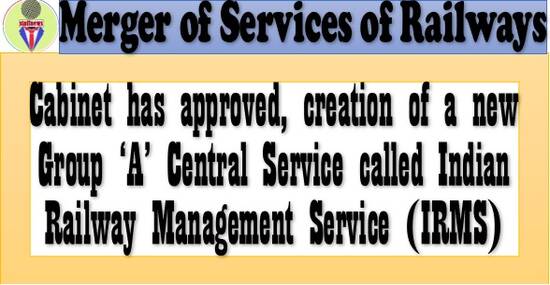 GOVERNMENT OF INDIA
MINISTRY OF RAILWAYS

MERGER OF SERVICES OF RAILWAYS

Will the Minister of RAILWAYS be pleased to state:

(a) the Government has decided to merge eight difference services of Railways to create one single service clubbing all the services into one;

(c) the basic criteria to decide the seniority of the different services and the steps taken to maintain uniform seniority in the combined services;

(d) the estimated time to be taken to merge all the services and the constitution of Railway Board;

(e) whether the Government is having any proposal to bring non- railway officers in the Railway Board; and

(f) if so, the details thereof?

(a) to (d) Cabinet has approved, creation of a new Group ‘A’ Central Service called Indian Railway Management Service (IRMS), which is at the stage of working out modalities.

(e) & (f) At present, the following posts of Railway Board are filled up, by non-railway officers, either on deputation basis or against encadred post of the respective Ministries:- 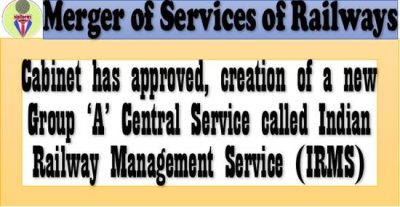 som mitra: deceased railway employee's widow and family member's identity card is not available. can you please send me the format of the same? if possible, please send me through my mail given below. with thanks som mitra from eastern railway mail id sommitra89[atgmail.com