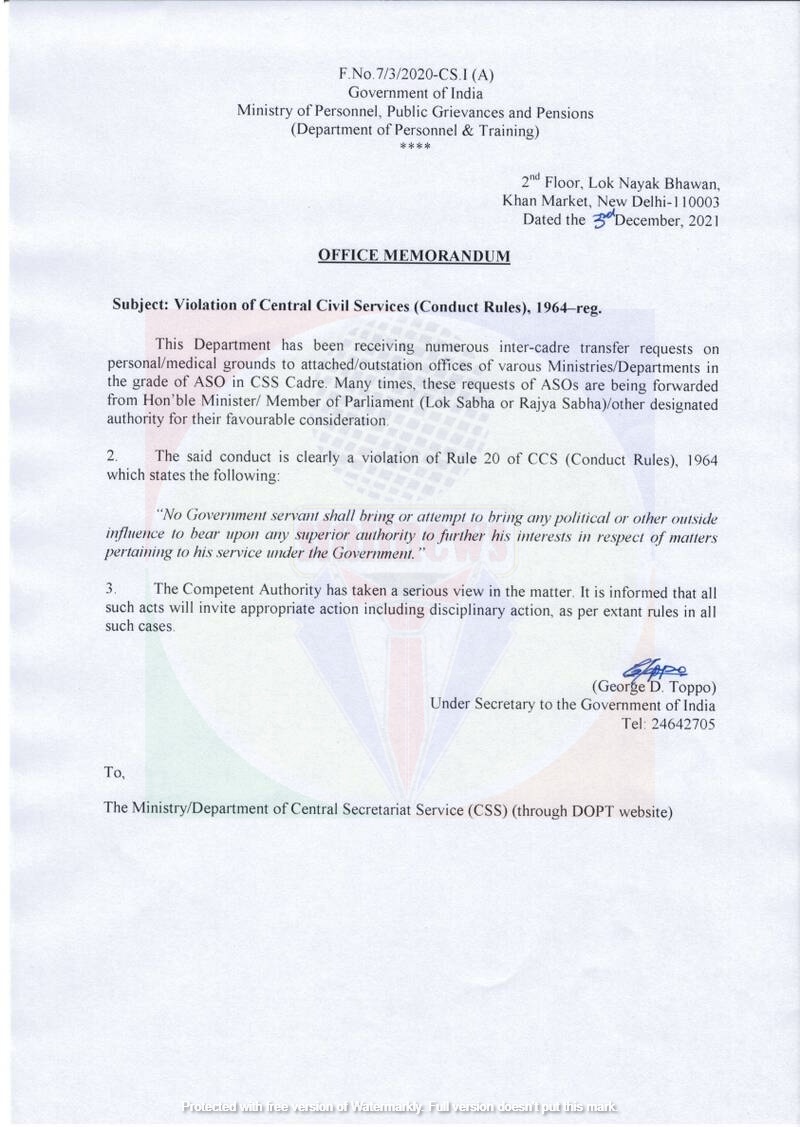 F.No.7/3/2020-CS.1 (A)
Government of India
Ministry of Personnel, Public Grievances and Pensions
(Department of Personnel & Training)

This Department has been receiving numerous inter-cadre transfer requests on personal/medical grounds to attached/outstation offices of various Ministries/Departments in the grade of ASO in CSS Cadre. Many times, these requests of ASOs are being forwarded from Hon’ble Minister/ Member of Parliament (Lok Sabha or Rajya Sabha)/other designated authority for their favourable consideration.

2. The said conduct is clearly a violation of Rule 20 of CCS (Conduct Rules), 1964 which states the following:

“No Government servant shall bring or attempt to bring any political or other outside influence to bear upon any superior authority to further his interests in respect of matters pertaining to his service under the Government.”

3. The Competent Authority has taken a serious view in the matter. It is informed that all such acts will invite appropriate action including disciplinary action, as per extant rules in all such cases.

To,
The Ministry/Department of Central Secretariat Service (CSS) (through DOPT website)