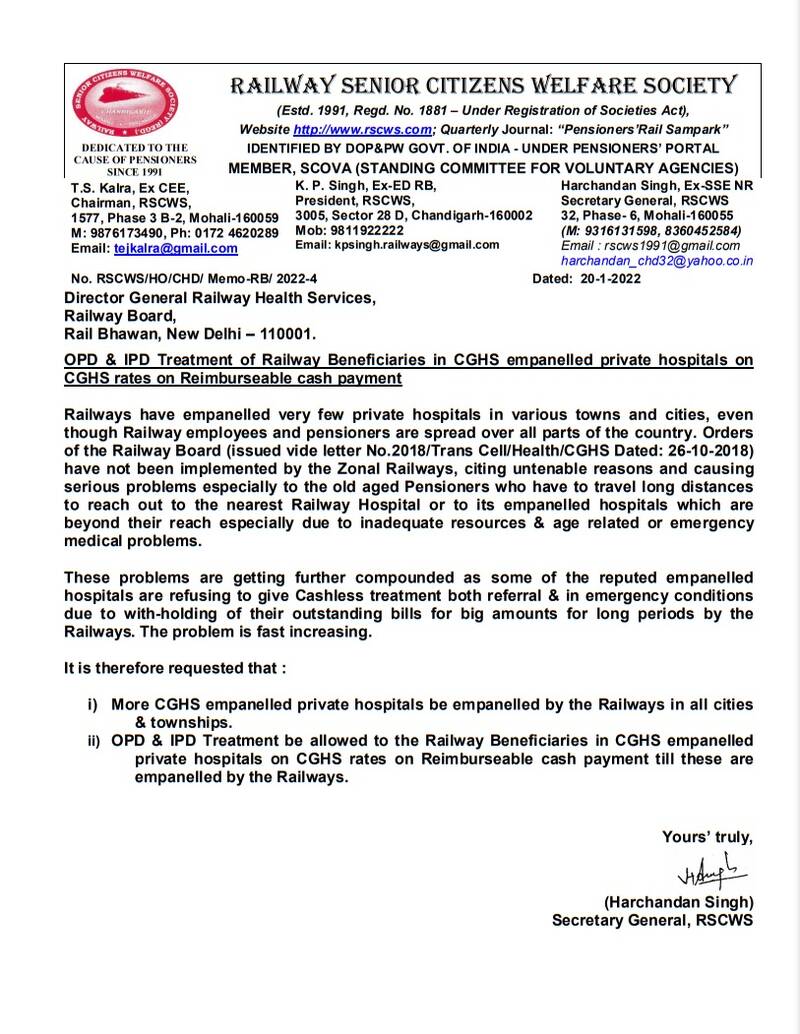 Railways have empanelled very few private hospitals in various towns and cities, even though Railway employees and pensioners are spread over all parts of the country. Orders of the Railway Board (issued vide letter No.2018/Trans Cell/Health/CGHS Dated: 26-10-2018) have not been implemented by the Zonal Railways, citing untenable reasons and causing serious problems especially to the old aged Pensioners who have to travel long distances to reach out to the nearest Railway Hospital or to its empanelled hospitals which are beyond their reach especially due to inadequate resources & age related or emergency medical problems.

These problems are getting further compounded as some of the reputed empanelled hospitals are refusing to give Cashless treatment both referral & in emergency conditions due to with-holding of their outstanding bills for big amounts for long periods by the Railways. The problem is fast increasing.

It is therefore requested that :

i) More CGHS empanelled private hospitals be empanelled by the Railways in all cities & townships.

ii) OPD & IPD Treatment be allowed to the Railway Beneficiaries in CGHS empanelled private hospitals on CGHS rates on Reimbursable cash payment till these are empanelled by the Railways. 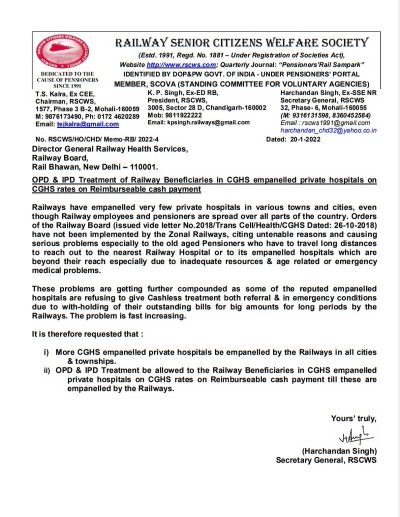