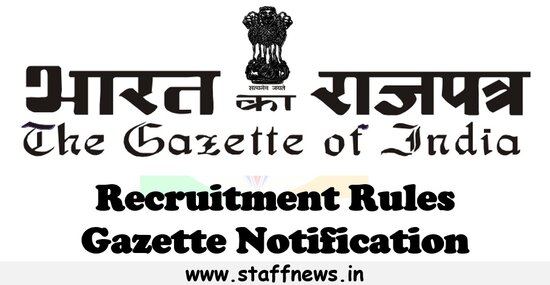 MINISTRY OF FINANCE
(Department of Expenditure)
(CONTROLLER GENERAL OF ACCOUNTS)

G.S.R. 147(E).—In exercise of the powers conferred by the proviso to article 309 of the Constitution and in supersession of the Central Civil Accounts Service (Accountant and Senior Accountant Group ‘C’ posts) Recruitment Rules, 2010 in so far as they relate to the post of Accountant at serial number 1 of the schedule thereto, except as respects things done or omitted to be done before such supersession, the President hereby makes the following rules regulating the method of recruitment to the posts of Accountant of the Central Civil Accounts Service, namely:-

2. Definitions.- In these rules, unless the context otherwise requires,-

(a) “Appointing authority” shall have the same meaning as assigned to in the Central Civil Services (Classification, Control and Appeal) Rules, 1965;

(b) “Cadre” means the cadre of Accountant (Each Ministry shall have its own separate and independent cadres of Accountant comprising total number of posts as specified in the Annexure to these rules);

(d) “Commission” means the Staff Selection Commission or any other recruiting agency for
the cadres covered by these rules, which the Government may constitute;

(f) “Ministry” means a Ministry in the Government of India and includes Departments of the
Ministry or an Office specified in the Annexure to these rules;

5. Regulation of promotion. – (1) Promotion in the cadre of Accountant shall be regulated by the Controller General of Accounts as prescribed under these rules.

(2) (a) Where promotion is based on seniority-cum-fitness, each Ministry shall hold a Departmental Promotion Committee meeting each year to consider all eligible candidates with minimum qualifying service in the feeder grade as per column (11) of Schedule and prepare a select list of the candidates found fit for promotion in order of their seniority and forward the same to the Controller General of Accounts.

(b) From the select lists referred to in clause (a), the Controller General of Accounts shall prepare a combined select list of candidates as under:

(i) the combined select list shall be prepared by merging names from the select lists of the Ministries in order of seniority;

(ii) the number of candidates to be included in the combined select list shall depend on the total number of vacancies available in respective cadres in the Ministries on a date specified by the Controller General of Accounts;

(iii) the inter-se-seniority of the candidates from different Ministries in the combined select list shall be determined on the basis of length of service rendered by them in the feeder grade and in terms of general principles for determining seniority in this regard as laid down by the Government from time to time.

(c) The Controller General of Accounts shall allocate candidates to the Ministries from the combined select list.

(b) The Controller General of Accounts shall conduct the department competitive examination from time to time and prepare a select list of candidates in order of their merit in the examination.

(c) The number of candidates in the select list shall be restricted to the total number of vacancies available under the departmental competitive examination quota otherwise ordered by the Controller General of Accounts.

(d) The Controller General of Accounts shall allocate candidates from the select list to the Ministries.

6. Transfer.– (1) The Accountant shall be liable to serve in any part of India.

(2) The Controller General of Accounts may, if satisfied that it is necessary or expedient in public interest so to do, by order, and for reasons to be recorded in writing, transfer an Accountant from one Ministry to the other in the same grade.

(a) who has entered into or contracted a marriage with a person having a spouse living; or

Provided that the Central Government may, if satisfied that such marriage is permissible under the personal law applicable to such person and the other party to the marriage, and that there are other grounds for so doing, exempt any person from operation of this rule.

8. Power to relax.- Where the Central Government is of the opinion that it is expedient so to do, it may, by order, for reasons to be recorded in writing, relax any of the provisions of these rules with respect to any class or category of persons.

9. Savings.- Nothing in these rules shall affect reservation, relaxation of age-limit and other concessions required to be provided for the Scheduled Castes, the Scheduled Tribes, the Other Backward Classes, ex-Servicemen and other special categories of persons in accordance with the orders issued by the Government from time to time in this regard. 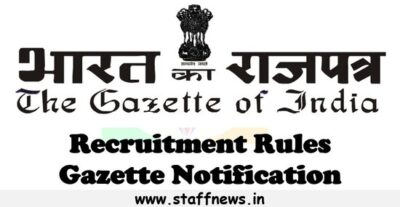