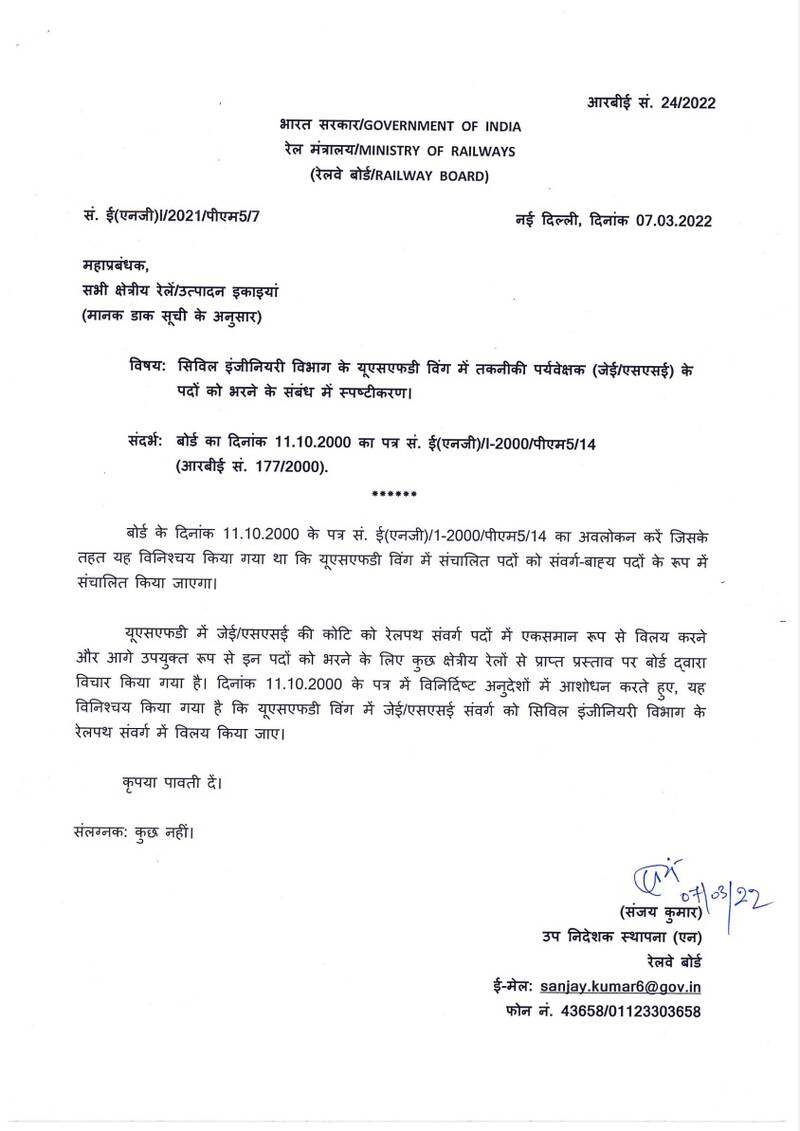 Filling up of the posts of Technical Supervisors (JE/SSE) in USFD Wing in the Civil Engineering Department – Clarification by Railway Board: RBE No. 24/2022

Sub: Filling up of the posts of Technical Supervisors (JE/SSE) in USFD Wing in the Civil Engineering Department – Clarification reg.

On a proposal from certain Zonal Railways for uniformly merging the categories of JE/SSE in USFD with the P. Way Cadre posts and further filling them up suitably, the matter has been considered by the Board. In modification of the instructions contained in letter dated 11.10.2000, it has been decided that the cadre of JE/SSE in USFD wing may be merged with P. Way cadre of Civil Engineering Department. 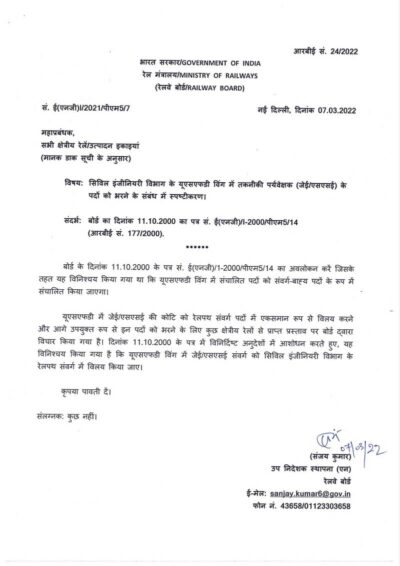 Loading...
Newer Post
Forms-Formats and documents as per CCS Pension Rules 2021
Older Post
Resumption of Biometric attendance w.e.f. 07.03.2022 – One device for each section and all officer US Grade & above