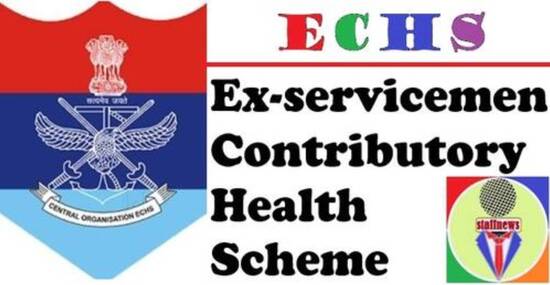 1. A number of Ex-Servicemen (ESM) take post retirement employment with Central/State Govt or Public Sector undertaking which provide medical facility. However, an ESM can avail medical facility from only one Govt Agency. Hence, to facilitate ESM to avail medical cover provided by the new organisation, a software solution has been implemented to enable ESM to temporarily exit the ECHS and electronically hand over (block) the 64 KB ECHS Cards for Safe Custody. A detailed procedure is given below.

Procedure to Block the Card for Safe Custody

2. The ESM will be required to give an offline request to the Dir Regional Centre of his Parent Polyclinic as per format given at Appx A attached.

3. The Dir Regional Centre will use his Digital Signature and click on the tab ‘Safe Custody’ and enter the Card No/Service number in the text box and click the tab fetch details. Dir Regional Centre will tally the details provided by the ESM with the details given in the system. In case it is correct, then upload the request received from the ESM in to the system and block the cards for safe custody. All the cards of the ESM will be blocked for safe custody.

4. A system generated acknowledgement as per Appx B will be generated by the system which will be downloaded and forwarded to the ESM by the Dir Regional Centre.

5. The ESM may use this acknowledgement as No Objection Certificate (NOC) to process the case with new organisation to avail medical facility with his/her next employer.

Procedure to Unblock the Card from Safe Custody

6. The ESM has to request offline to unblock the card from Safe Custody to Regional Centre Director from where his/her card was put under safe custody as per format given at Appx C.

7. The Dir Regional Centre will login the system using Digital Signature and click on the Safe Custody tab. Necessary details to be entered in the text box and submit details of cards under Safe Custody will be visible on the screen. The Dir Regional Centre will compare details and upload the application received from the ESM and NOC from the Organisation where the ESM was availing necessary medical cover and approve unblocking of all the cards.

8. A system generated confirmation will be generated as per Appx D and Dir Regional Centre will forward the same to the ESM. All the ECHS Cards will now be functional.

9. This information may be disseminated to the environment for information of all ECHS Beneficiaries. All Regional Centres will ensure that all Polyclinics under them are informed on priority.