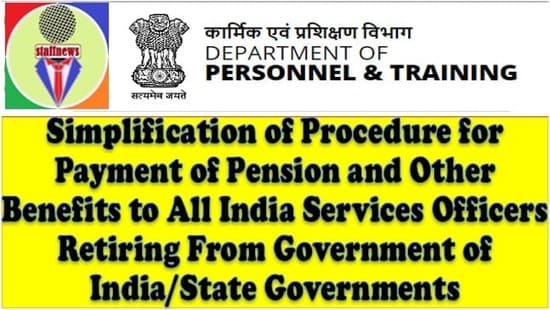 Instructions have been issued from time to time regarding simplification of procedure for payment of pension and other benefits to All India services officers retiring from Government of India/State Governments. In order to bring clarity to the existing instructions and enable uniform implementation, the guidelines issued so far on the subject have been reviewed, consolidated and reiterated at one place.

2. In so far as the provisions which are not covered in these instructions are concerned, the provisions in the earlier guidelines shall continue to be applicable. Accordingly, the following procedures/systems would be followed for payment of pension and other retirement benefits to AIS officers retiring from Government of India/State Governments:-

3. The detailed operational procedure to be followed by various agencies for preparation of pension papers, issue of PPO and arranging payment and accounting of payments etc. issued by the Central Pension Accounting Office, Department of Expenditure, Ministry of Finance vide letter No.CPAO/AIS/M.F./01/2008-09/P-28toP-92 dated 18.08.2008 is attached at Annexure-IV.

4. In cases of any problem/dispute in individual cases, references may be made to the respective Cadre Controlling Authorities in the Central Government, for appropriate action, if necessary, in consultation with other Departments. 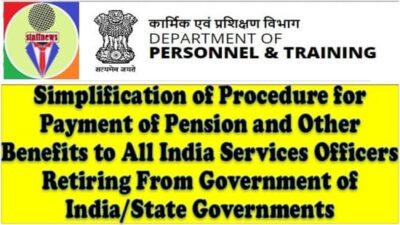