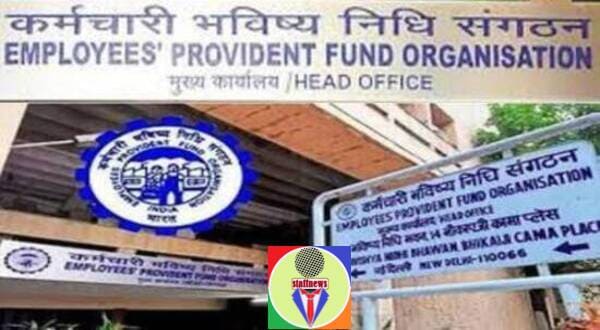 All ACC-HQs Zones,
All ACCs (Zones),
All RPFCs & In Charge of Regions,
All OICs of SROs,

Please refer to the subject cited above. In this context, it is brought to kind notice that various complaints are being received from PF Members / beneficiaries and other stakeholders of EPFO in the matter of delay and harassment caused to members in regulating and providing the statutory services within the prescribed time limits and it has also come to notice that their applications are being returned multiple number of times for different reasons by field offices. The complaints also point out the irregular practices being adopted in some field offices by causing abnormal delays in providing the reasonable benefit related services which also include calling for unnecessary documents. Needless to say, the said practices border on unfairness and will not only bring down the service standards of the Organization but also expose the indiscriminate exercise of the powers vested on the concerned officials and shows the Organization in a poor light despite the hard work and Promptness exhibited by the major chunk of officials. The following guidelines are being issued in the matter:

2. In order to curtail the glaring instances of such unfair practices, all the OICs and other officers should conduct preventive vigilance exercise in their respective field offices as a supportive arrangement to eliminate malpractices.

3. It may also be kept in mind that every claim has to be thoroughly checked in the first instance itself and all the reasons for rejection of a claim may be informed to the member at first instance only. It has been observed that in many cases the claims were rejected for a particular reason and when the same was resubmitted after rectification, it got rejected for another/different reasons, which was not communicated earlier. All the responsible officers should ensure that no claim is rejected on different grounds in a piece meal manner.

4. The RPFC-II / APFC shall be responsible for the claims being rejected multiple times under their jurisdiction. A sample monthly check of claims rejected (50 claims or 1% of total claims rejected, whichever is higher) exercise may be also performed at the level of RPFC-I/ OIC and the report may also be submitted to concerned Zonal Office.

5. IS Division is also requested to generate a report of multiple rejections of same PF claims RO wise and send to the concerned Zonal Office or an updated dashboard be deployed at the earliest. Zonal Office shall check both the reports received from regional office as well as IS Division through the dashboard, and review the cases rejected multiple times and ensure strict compliance of the above instructions.

6. When a claim is rejected and the same is being submitted by the member, a flag may also be reflected to the field offices to ensure no claim Is rejected multiple times. Rejection of claims on trivial issues should be avoided.

(This has approval of Competent Authority)

Loading...
Newer Post
Payment of the arrears of Dearness Allowance and Restoration of Commuted Value of Pension after 12 Years: Brief of Meeting
Older Post
Reservation in promotion to Persons with Benchmark Disabilities (PWBDs) – Clarification on date of implementation: EPFO