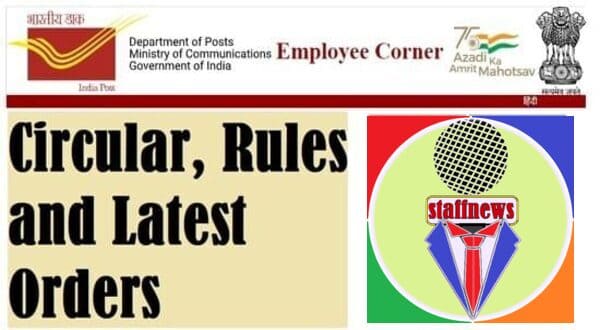 No. Q-25/45/2022-PE-I-DOP
Government of India
Ministry of Communications
Department of Posts
(PE-I Section)

All Heads of Circles,

Subject: Re-distribution of Gr ‘C’ & ‘D’ posts for deputing personnel to Army Postal Service- Fixation of number of deputationists from the Circles.

2. Addl. DG, APS, vide letter no. 90413/APS 1C/R-341(b) dated 13.09.2022, has intimated that the sanctioned strength of APS has been reduced to 3029 during downsizing process and, thus, requested to revise the deputation reserve quota proportionately as per present strength of 3029.

3. Accordingly, re-distribution of 3029 posts among the Circles has been made as given in Annexure. The Circles are requested to maintain the sanctioned strength of ‘APS Deputation Reserve’ as per Annexure and ensure that authorized manpower of Circle Deputation Reserve is serving at APS at any point of time. APS, through SPN Branch of Personnel Division of this Directorate, will inform concerned Circles by June and December of every year regarding anticipated vacancy/deficiency for the next six months and number of volunteers to be replaced against such vacancy/deficiency by the Circle (s).

5. This issues with the approval of the Member (Pers).