SUBJECT:- Enhancement In the rate of Qualification Pay from 60/- to 120/- per month consequent upon the revision of scales of pay on the recommendations of the Sixth Central Pay Commission.
The undersigned is directed to refer to this Ministry’s OM. No. 9(7)-E.III (A)/98 dated 5th August, 1999 regarding the rate of qualification pay of RS 60/- p.m. to the Auditors/Accountants in the Indian Audit & Accounts Department and certain other organized accounts cadres and the Clerks Grade II in the Railway Accounts Department. The matter regarding revision of the rate of this qualification pay consequent to revision of scales of pay on the basis of recommendations of the Sixth CPC has been under consideration of the Government for sometime past. The President has now been pleased to decide that the rate of qualification pay may be enhanced from Rs 60/- to Rs120/- p.m. with effect from the date an individual elects to draw pay in the revised scale of pay under CCS (RP) Rules, 2008.
2. The qualification pay shall continue to be treated as part of the pay for the purpose of fixation of pay on promotion to the next higher post.
3. In so far as persons serving in the Indian Audit & Accounts Department are concerned, these orders have been issued after consultation with the Comptroller & Auditor General of India.
-sd-
(Manab Ray)
Under Secretary to the Govt. of India.
Source: http://finmin.nic.in/the_ministry/dept_expenditure/notification/misc/QualPay_AuditAccountDept.pdf 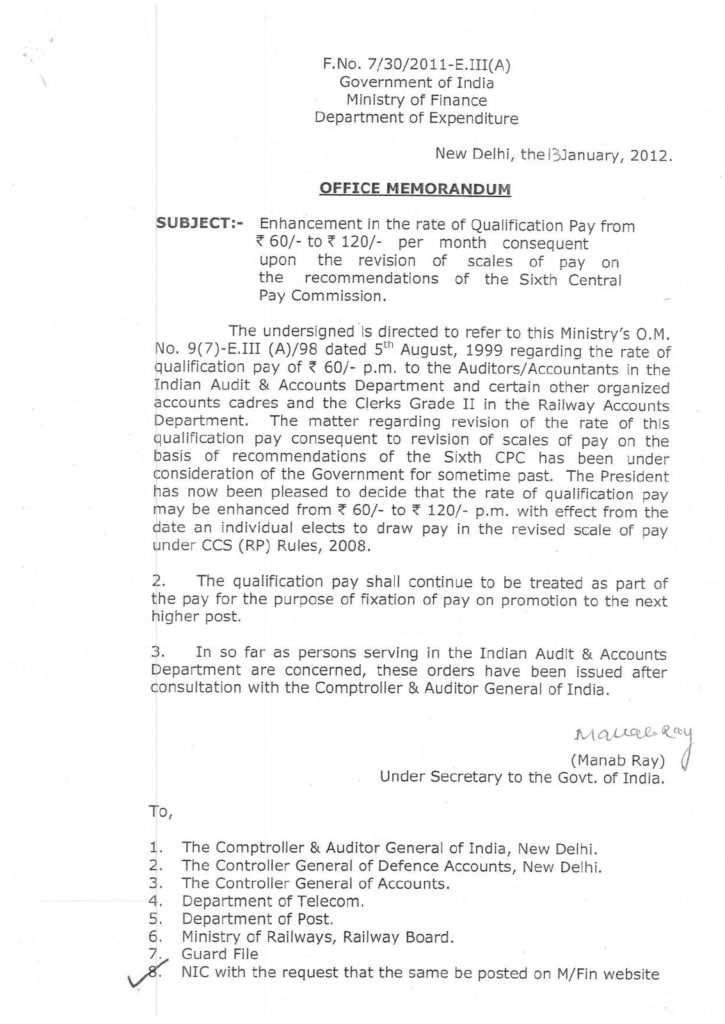 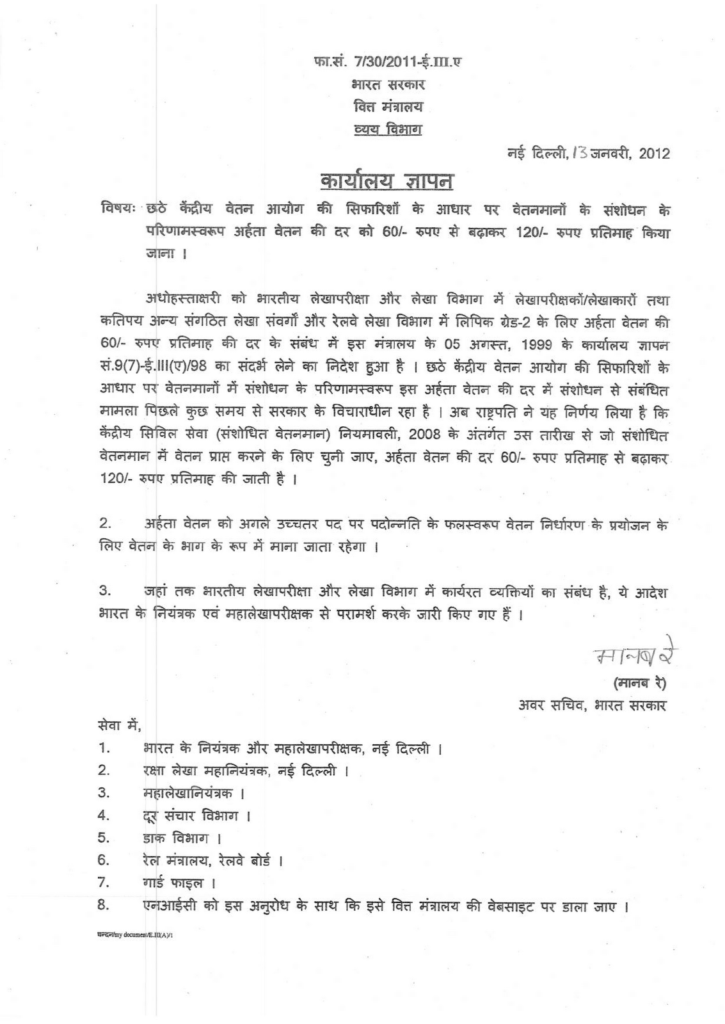