Reference Ministry of Health and Family Welfare’s Note No. Z-28020/11/2008-PMS (Part) dated 30.01.2015 on the abovementioned subject.
2.  The proposal has been examined in this Department and the following Cadre Structure for the Laboratory Staff in 4 Central Government Hospitals is concurred to with the approval of Hon’ble Finance Minister –
* These will be gradually phased out on functional grounds
** New grade of Chief Technical Officer (MLT) for promotional avenues for Senior Technical Officer (STO) and managing the Technical supervision of four central hospitals.
#  Upgradation has been proposed to establish parity in pay scales for suitable placement as per their upgraded professional qualification.
## There is a reduction of 10 posts of Technical Office in the four central hospitals in the proportion i.e. SJH (-3) + RMLH (-4) + LHMC (-3).
3.  RRs for all these posts may be revised on priority basis as per the proposed qualifications etc. in consultation with DoP&T.
4. The Designations and the Grade Pays of all the posts may be revised as approved.
5.  As decided in the meeting held on 24.05.2015, the proposal of MoH&FW all exising Medical Laboratory staff at level 1 & 2 may be considered for promotion based on length of service based on DoP&T Guidelines.
6.  Ministry is advised to form a common cadre of all the Laboratory staff working in the four Govt. Hospitals with a new nomenclature, and service rules.
(Ravi Katyal)
Deputy Secretary (E.III Desk) 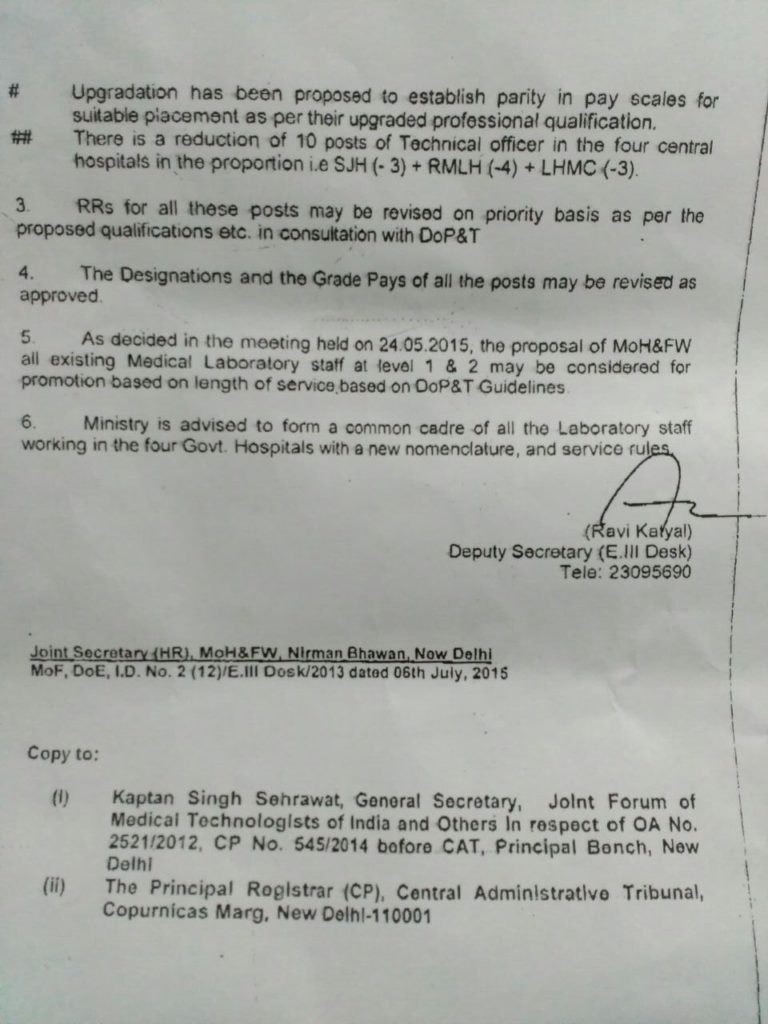 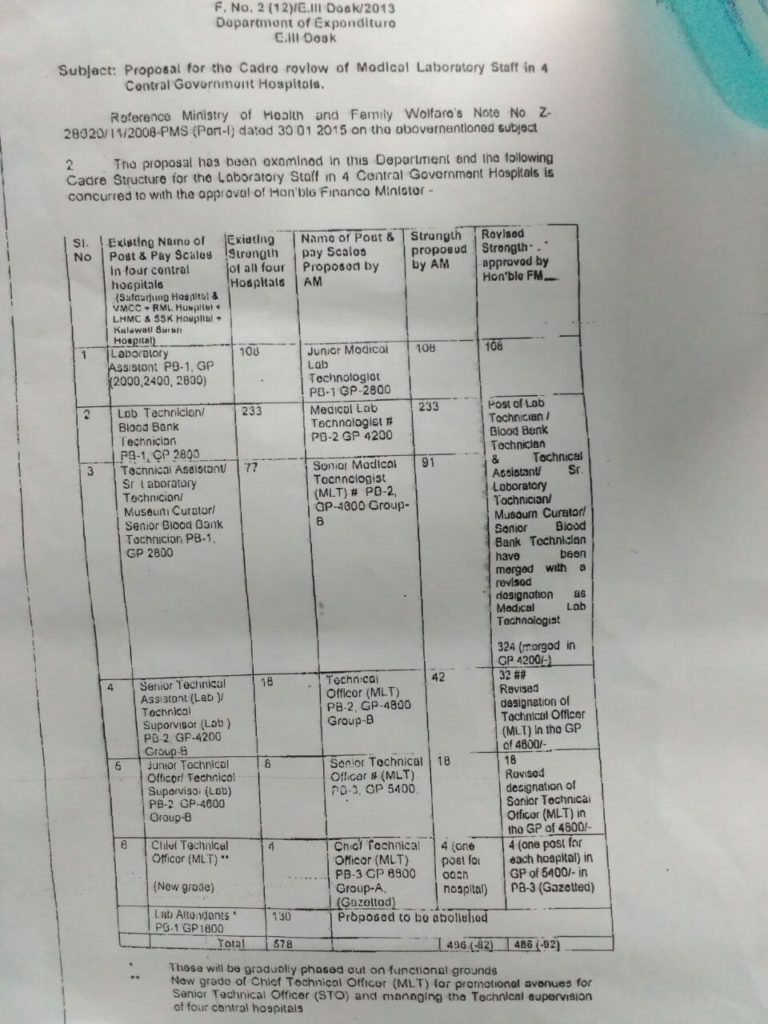 Loading...
Newer Post
Mandatory Training programme for Canteen Staff in the Institute of Hotel Management/FCIs located across the country
Older Post
Arrears have to flow from date of inception of anomaly – Landmark decision of the Supreme Court for pensioners