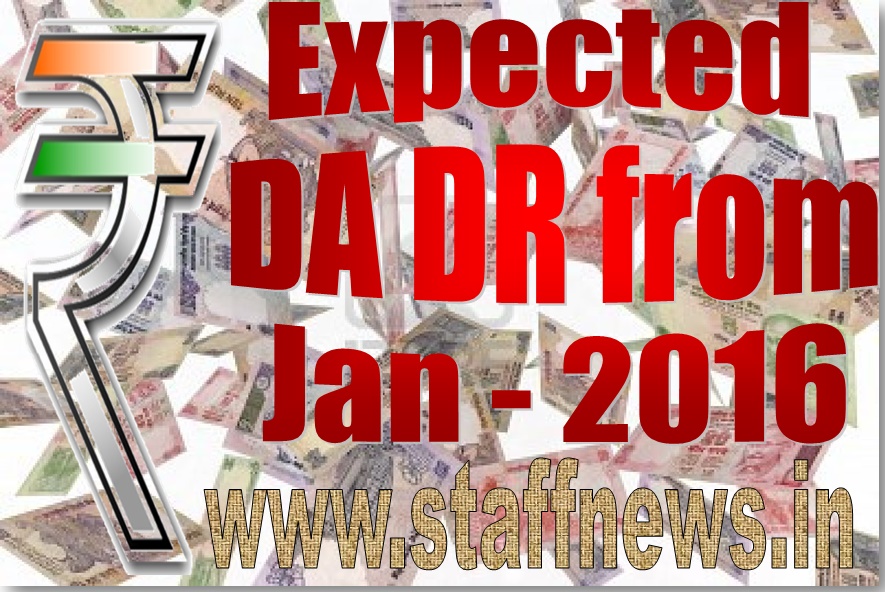 Speculation of DA/DR from Jan, 2016 on the basis of AICPIN of July, 2015 is not possible.  The 2 points increase in July, 2015 AICPIN after 3 points
increase is last months AICPIN is not a large  variation, but this 2 points
increase showing the DA/DR index to 120% for the current month and further two or three month’s AICPIN
are important.  Three situations are given in undermentioned table is showing 123% to 128% future DA/DR from Jan-2016. Readers are requested not to take it final and study the following table.  On the other hand the approval of 6% increase in Dearness Allowance & Dearness Relief from July, 2015 is also pending at govt. side, may be announced in 2nd
or 3rd week of Sep, 2015

click here to view the news.  Further, the estimation of two installment of DA/DR from Jul-2015 & Jan-2016 is important for expected pay and allowances in 7th CPC.


Following table is only showing the effect of Jul-2015 months’ AICPIN increase:-
Expected DA/DR from Jan, 2016 – Table by www.staffnews.in 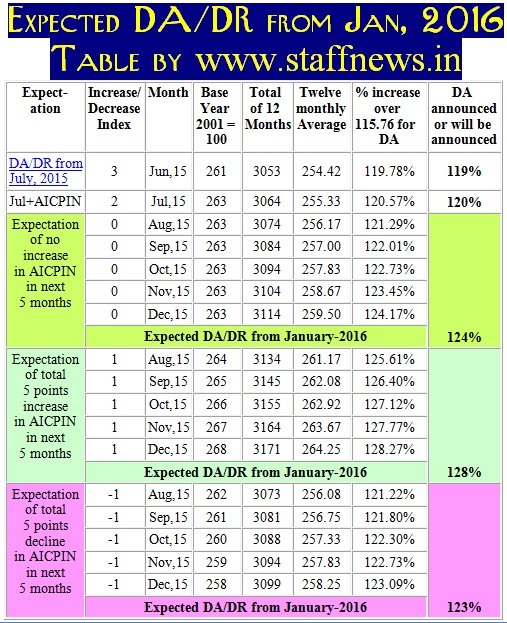