To,
The CDA RTC
The IFA (CC)
All Sub Offices
All Sections of Main Office

As per CGDA, New Delhi letter No. AN/VII/7089/DCMAF dated 15.10.2015 the Defence Civilian Medical Aid Fund [DCMAF] completed 63 years on 28th Sep 2015. The DCMAF has been providing assistance to fulfill specified medical needs of the Defence Civilian Employees.
On the occasion of the DCMAF week, which was observed from 28th Sep – 04th Oct 2015, it is requested to make special efforts to apprise the staff about the initiatives of DCMAF and motivate them to join the scheme. The application form and scheme details are attached as per Appendix ‘A’ and ‘B’ respectively.
(A.P. Mishra)
DCDA (AN) 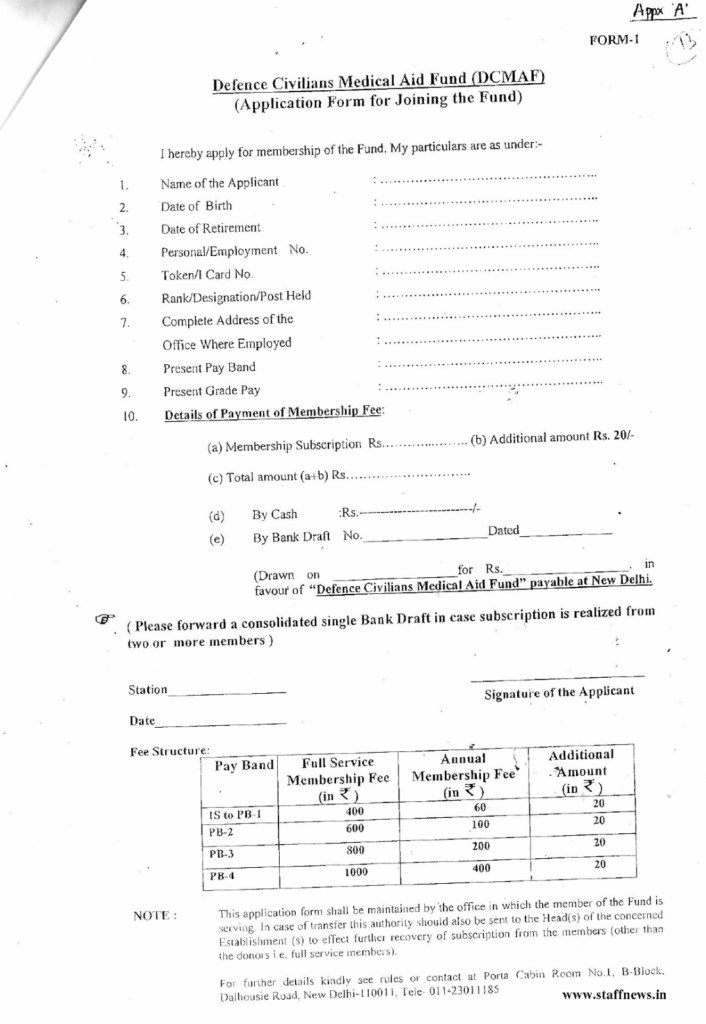 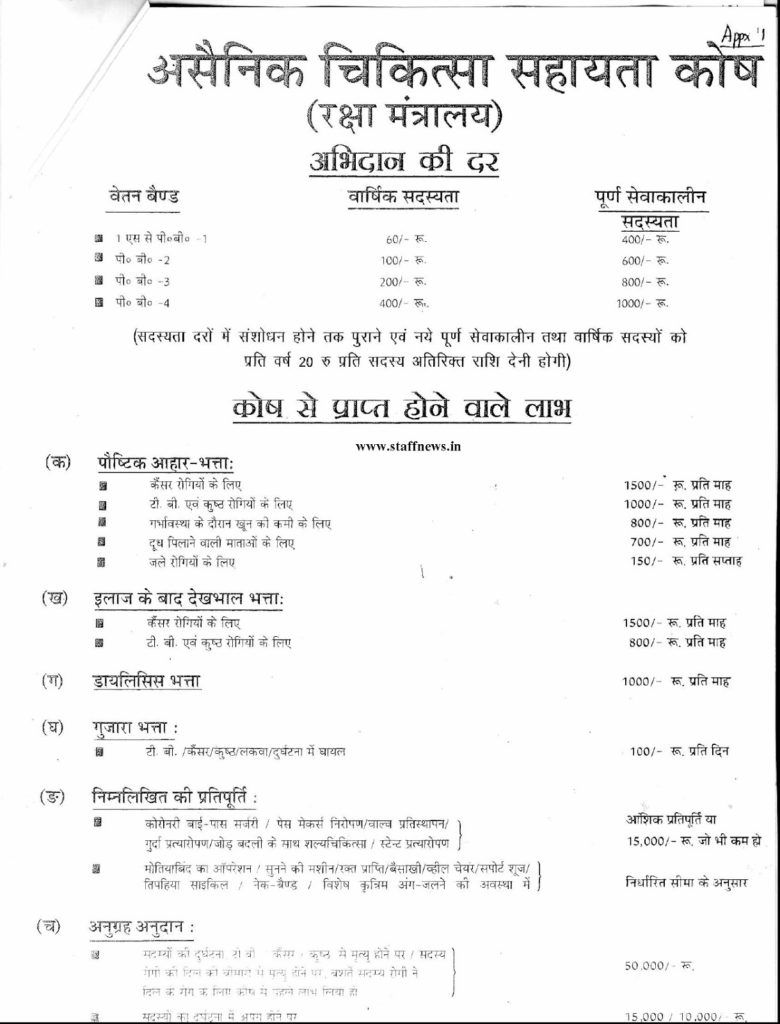