Kiran Kumari 2 July 22, 2016 3:16 am
7th Pay Commission multiplication factor – Government has no proposal to increase it to 3 at present – Finance Ministry replied a Starred Question in Rajya Sabha
GOVERNMENT OF INDIA
MINISTRY OF FINANCE
RAJYA SABHA

Will the Minister of FINANCE be pleased to satate :-
(a) whether Government has implemented the 7th Central Pay Commission recommendations;
(b) if so, the details thereof along with the date of notification thereof;
(c) whether increase in pay of Central Government Officials is historically low under 7th CPC; if so, the reasons thereof;
(d) whether employees unions/trade unions have announced to go on indefinite strike against the historically low revision of salaries by Government, if so, the response of Government thereto; and
(e) whether uniform multiplication factor of at least 3 is proposed to be applied for revision of pay under 7th CPC; if not, the reasons therefor?

THE FINANCE MINISTER
(SHRI ARUN JAITLEY)
A statement is being laid on the Table of the House
Statement Annexed with the Rajya Sabha Starred Question No. 28 for 19.07.2016 by Shri Neeraj Shekhar on 7th Central Pay Commission Recommendations
(a) & (b): The Government has decided to implement the recommendations of the 7th Central Pay Commission relating to pay, pension and related issues. The requisite notifications are being issued shortly.
(c) The increase in pay as recommended by the 7th Central Pay commission is based on the detailed deliberations by the Commission keeping in view all relevant factors having a bearing upon the prevailing circumstances.
(d) Employee Associations of Central Government had given a call for strike with effect from 11.07.2016 which has since been deferred. However, the Government is responsive to the concerns of the Employees’ Association and it would be the endeavour of the Government to ensure that the eventuality of a strike does not arise.
e) In view of the multiplication factor having been accepted based on the recommendations of the 7th Central Pay commission, no such proposal is under consideration of the Government, at present. 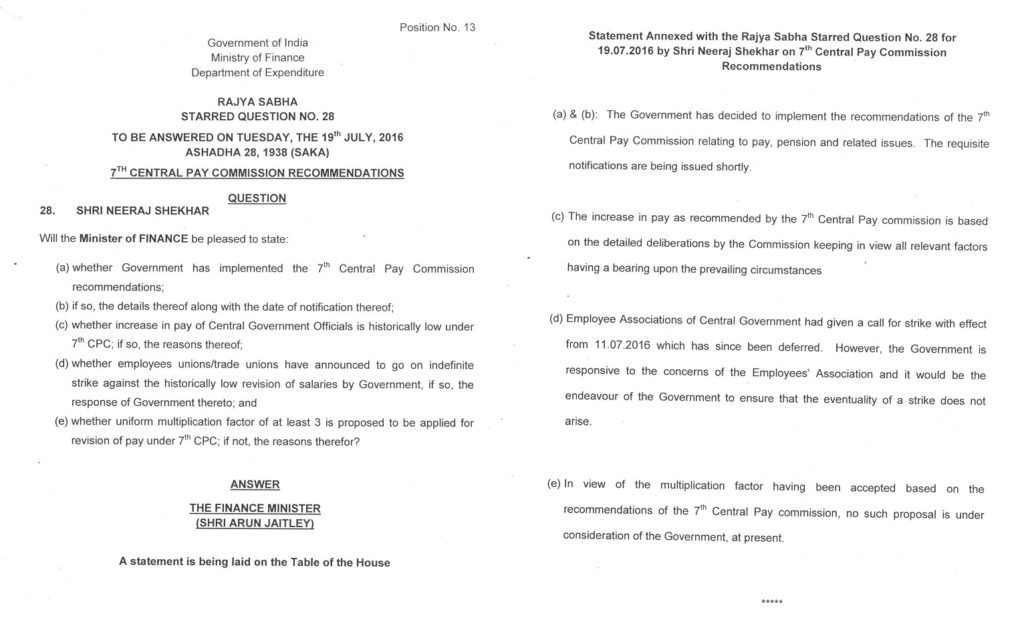 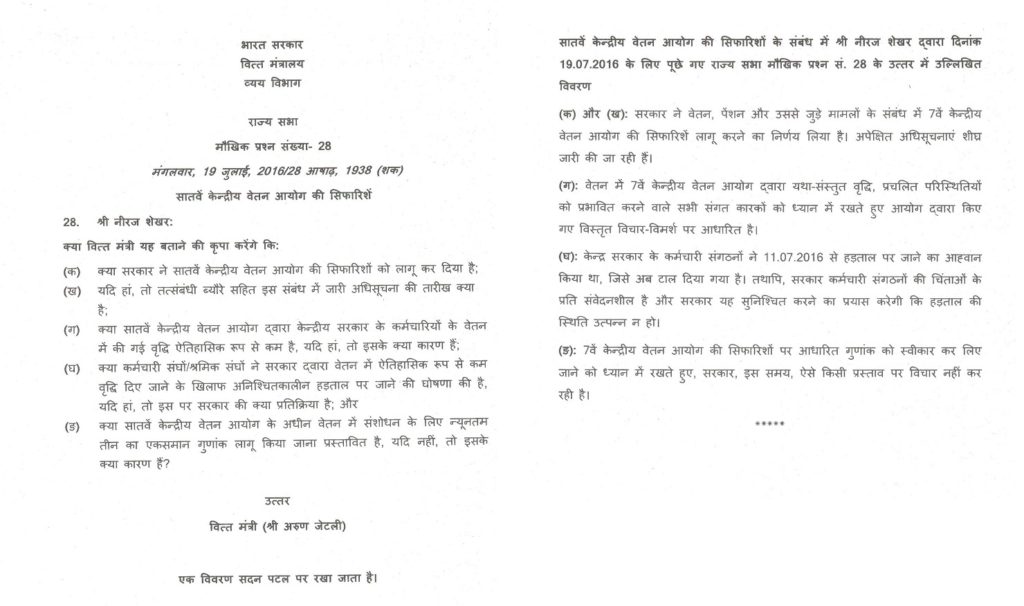