Kiran Kumari 0 January 16, 2017 3:29 am
Despite promises, govt. dawdles on allowances to Central forces 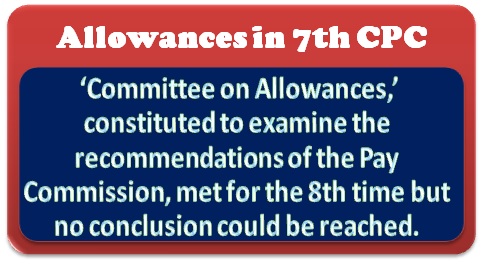 For over a decade now, the Central police forces deployed in areas affected by Left Wing Extremism (LWE) have been demanding a special allowance, considering the high-risk duties they perform.

The demand, however, is yet to be fulfilled despite announcements made by Union Home Minister Rajnath Singh.
The government has convened a meeting on the various allowances for jawans, after two videos on the conditions of para-military personnel went viral on social media in short succession.
The first video, which went viral on Tuesday after being posted by a BSF constable, alleged that troops were served bad food, and some times they had to go on an “empty stomach.”
On Thursday, a video shot by a Central Reserve Police Force (CRPF) jawan went viral. In it, he complains about the abysmal facilities provided to the force as compared to the Army.
Since the National Democratic Alliance came to power, Mr. Singh has, on multiple occasions, announced that a “risk allowance” would be granted to Central Armed Police Force (CAPF) personnel in LWE-affected areas in Chhattisgarh, Jharkhand, Bihar, Odisha, Maharashtra and Madhya Pradesh, on a par with forces posted in Jammu and Kashmir or the insurgency-hit areas of the Northeast.
A constable posted in J&K gets Rs. 3,750 as risk allowance and one posted in the Northeast gets Rs. 3,601.
Since 2011, over 580 security personnel have been killed in the LWE-affected areas — most of them in explosions by Improvised Explosive Devices (IED) allegedly planted by Naxals.
Despite the announcements made by the Home Minister, his has said the risk allowance and other requests for allowances should be decided by the Pay Commission.
The Seventh Pay Commission, in its report submitted in 2015, recommended a risk and hardship matrix for all CAPFs, across nine categories, based on low, medium and high risk involved in the job. The maximum amount recommended was Rs. 25,000 and the minimum Rs.1,000. The government had constituted a committee to look into the issue, which is yet to come to any conclusion.
On Thursday, a ‘Committee on Allowances,’ constituted to examine the recommendations of the Pay Commission, met for the eighth time but no conclusion could be reached.
The government has also proposed to increase the ex gratia relief to the kin of those killed in line of duty from ₹9 lakh to ₹20 lakh.