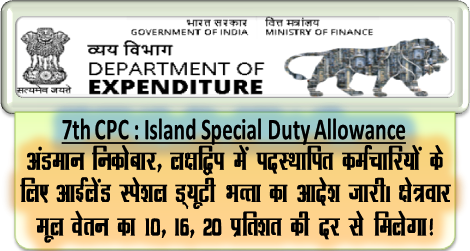 Subject: Implementation on the recommendations of 7th Central Pay Commission – Grant of Island Special Duty Allowance to the Central Government employees posted in the Andaman & Nicobar Group of Islands and Islands of Union Territory of Lakshadweep.

Consequent upon the acceptance of the recommendations of Seventh. Central Pay Commission-by the Government, the President, in supersession of’all existing orders issued on the subject from time to time, is pleased to decide that Central Government employees posted in the Andaman & Nicobar (A&N) Group of islands and Islands of Union Territory of Lakshadweep, shall be paid Island Special Duty Allowance at’the following rates:-
2. The term ‘Basic Pay’ in the revised pay structure means the pay’drawn in the prescribed level in the Pay
Matrix but does not include any other type of pay like Special Pay, etc.

7. In so far as the employees working in the Indian Audit and Accounts Department are concerned, these orders are issued with the concurrence of the Comptroller and Auditor General of India.
Hindi version is attached.
(Annie George Mathew)
Joint Secretary to the Government of India 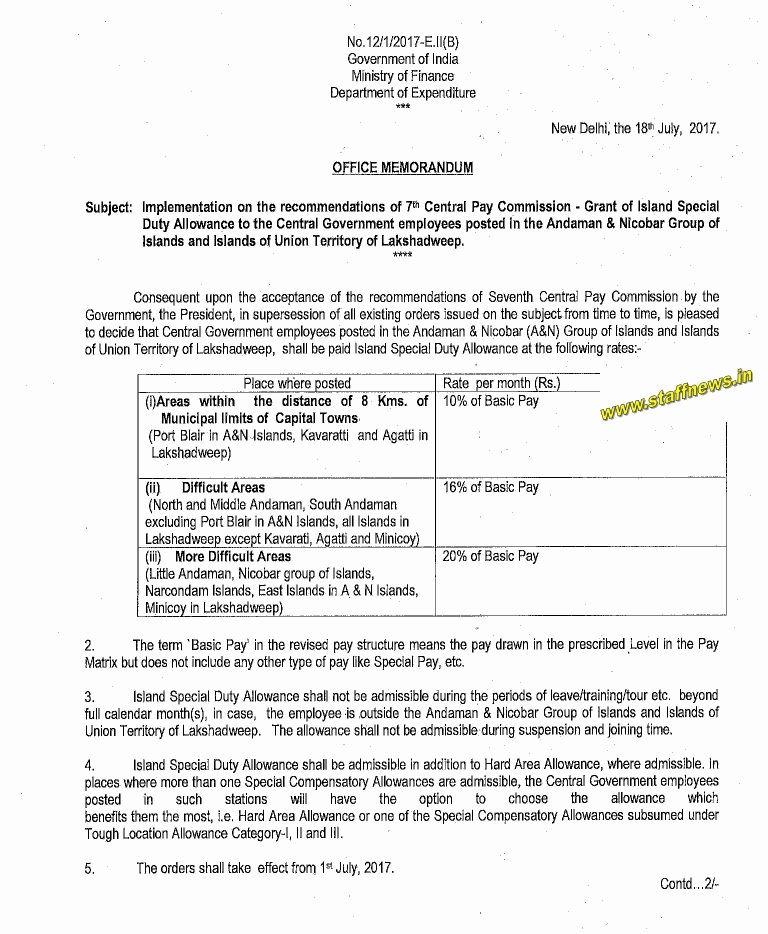 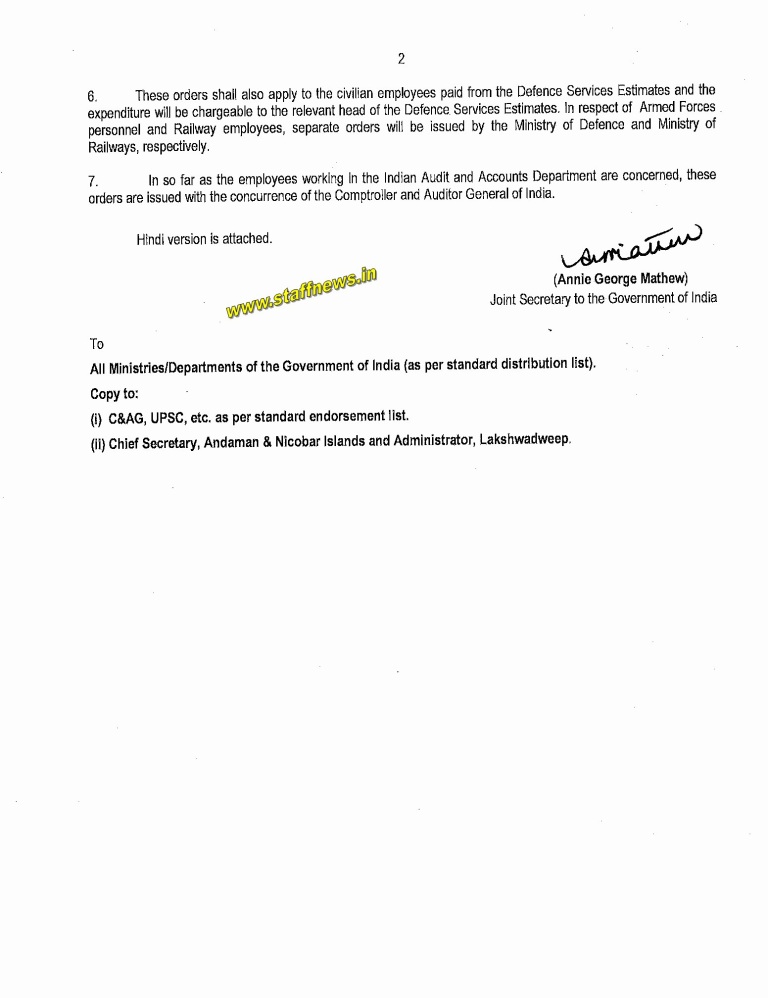