Enhancement of rates of Marriage Grant from Rs.16000 to Rs.50000 per daughter: DESW Order 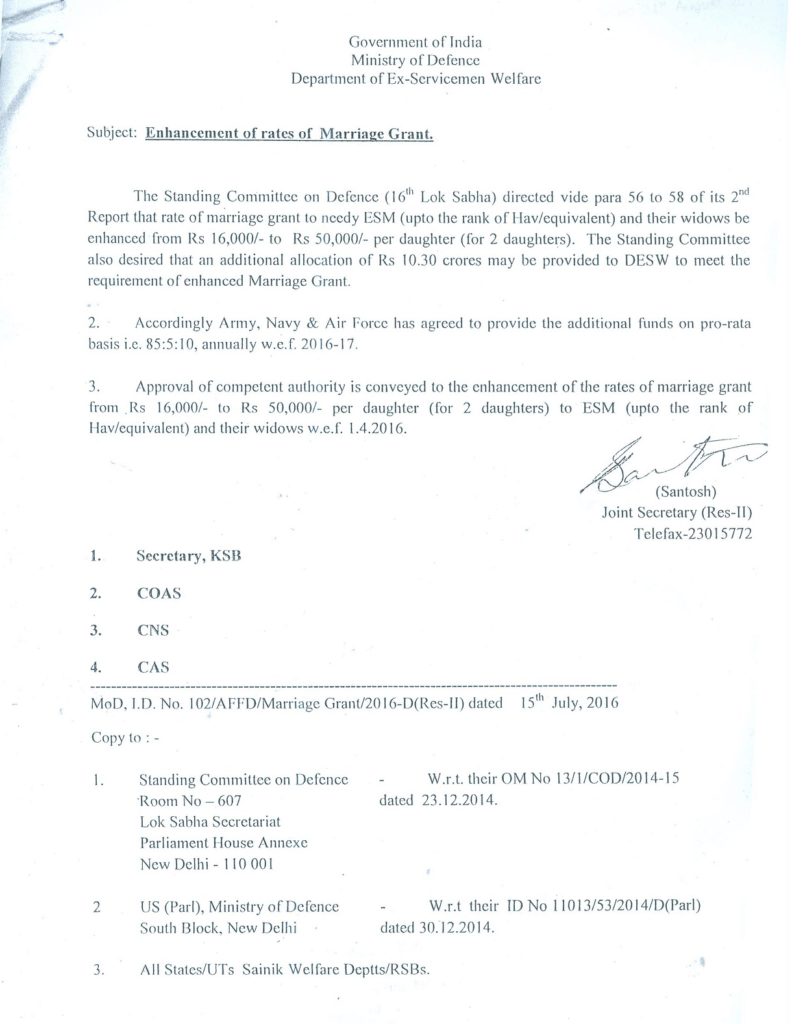 Loading...
Newer Post
7th CPC Travelling Allowance: Pay Level of the Matrix to be indicated in claim for Journey commenced on or after 01.07.2017
Older Post
Enhancement of Special Pension to Blinded Ex-servicemen from ₹500/- to ₹4000/- p.m. w.e.f. June, 2017