ANSWER
MINISTER OF STATE IN THE MINISTRY OF HOME AFFAIRS (SHRI KIREN RIJIJU)
(a): The Government have accepted the recommendations of 7th Central Pay Commission (CPC) on various allowances to be applied uniformly for Defence and CAPF personnel. These allowances, inter alia, include Risk & Hardship Allowance, Additional Free Railway Warrant/LTC, Dress Allowance, etc.
(b) to (d): There can be no one to one comparison between CAPFs and Army, as the CAPFs and Army personnel are governed by different set of rules and service conditions, hence, have different pay structure.
(e): Continuous endeavors are made to improve the living conditions of the CAPF personnel, including enhancing the level of their housing satisfaction, and appropriate budgetary allocations are also made for this purpose. The personnel resign or seek voluntary retirement, generally, due to their personal/domestic issues. The personnel who wish to proceed on voluntary retirement/ resignation are generally given personal hearing by their Controlling Officers before a final decision is taken.
****** 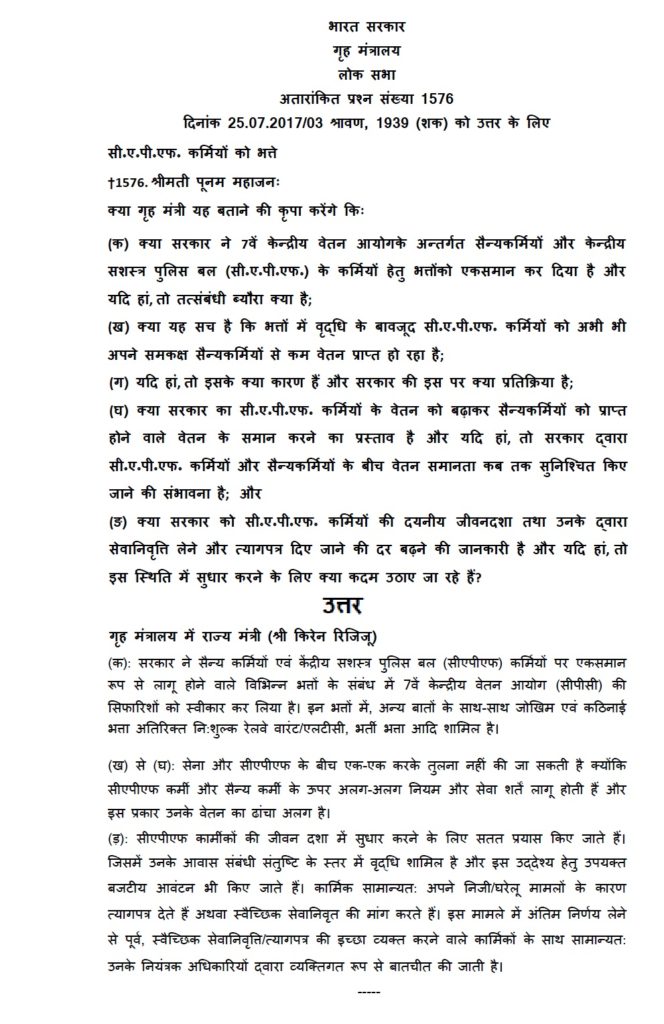