Night Duty Allowance (NDA): Clarification regarding Fixation of ceiling of pay for entitlement by MoD dated 07.07.2017 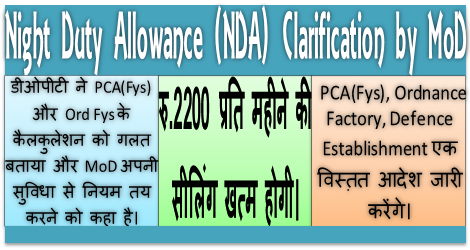 Government of India
Ministry of Defence
(Department of Defence)
D(Civ.II)

8. This issues with the approval of Additional Secretary.

Sd/-
(Anil Kumar)
Deputy Secretary to the Govt of India