Sub: Revision of the rate of Coal Pilot Allowance.

Consequent upon the decision taken by the Government on the recommendations
of the Seventh Central Pay Commission, the rates of Coal Pilot Allowance
admissible to Shuntman and other staff of Transportation Department who
accompany the Coal Pilot in the collieries for shunting duties, may be
revised as under:

3. All other terms and conditions governing grant of Coal Pilot Allowance
will remain unchanged. 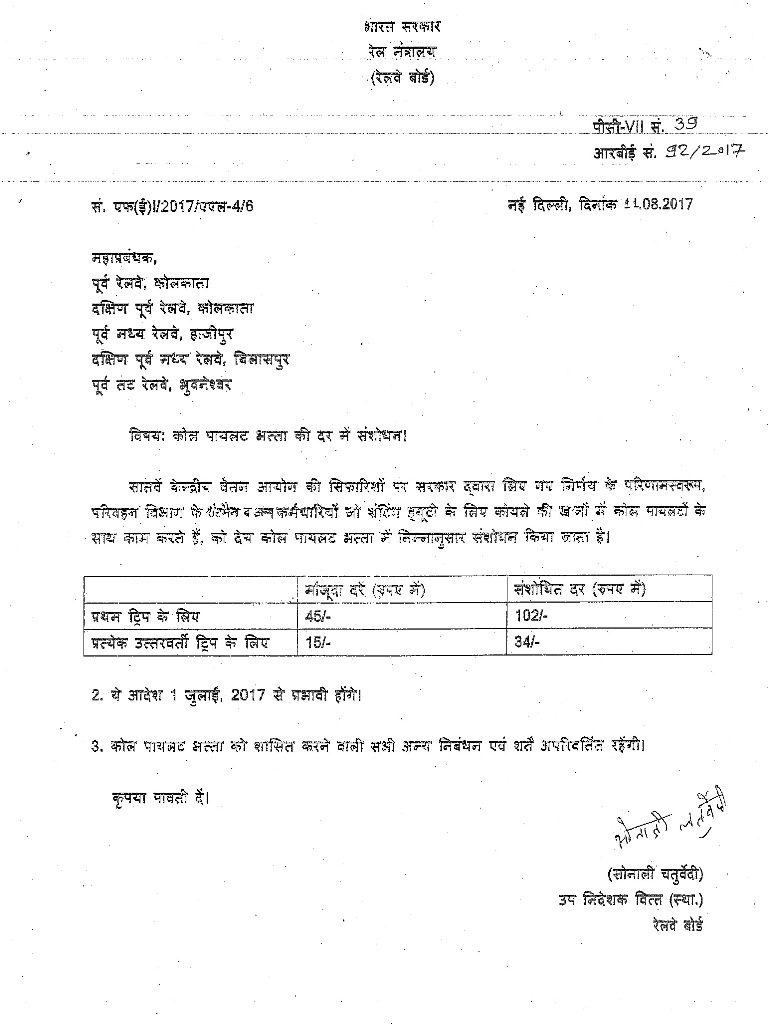