Subject : Payment of Productivity Linked Bonus to all eligible non-gazetted Railway employees for the financial year 2016-2017.

The President is pleased to sanction Productivity Linked Bonus (PLB) equivalent to 78 (Seventy Eight) days wages without any ceiling on wages for eligibility for the financial year 2016-17 to all eligible non-gazetted Railway employees (excluding all RPF/RPSF personnel). Where, wages exceed ₹ 7000/- per month, Productivity Linked Bonus will be calculated as if the ‘wages’ are ₹ 7000/- pm.
2. ‘Wages’ for the purpose of calculating Productivity Linked Bonus shall include ‘Basic pay’ as defined in the Railway Services (Revised Pay) Rules, 2016 and dearness allowance drawn during the financial year 2016-17. Other conditions of eligibility, method of calculation of wages, etc., as prescribed in this Ministry’s instructions and clarifications issued from time to time, shall remain unchanged.

3. It has also been decided that in the case of eligible employees mentioned in Para 1 above who were not placed under suspension, or had not quit service/retired/expired during the financial year 2016-17 or were on leave where leave salary admissible is not less than that admissible on leave on average pay, may be paid an amount of ₹ 17,951/- towards Productivity Linked Bonus for the financial year 2016-17. In the case of employees other than those mentioned above. the amount of Productivity Linked Bonus may be calculated in accordance with the extant instructions on the subject.
4. Further, in relaxation to the provisions in Rules 905(2), 908 and 909 of State Railway Provident Fund Rules, as contained in Chapter 9 of R-I/1985 edition (2003 Reprint edition), such of the subscribers to the SRPF as are entitled to Productivity Linked Bonus may, if they so desire, deposit the whole or part of the amount admissible under the Scheme in their respective State Railway Provident Fund Accounts.
5. Disbursement of Productivity Linked Bonus for the financial year 2016-17 to all eligible non-gazetted Railway employees mentioned in Para 1 above should be made on priority in the same mode as payment of salary before the ensuing Puja/Dussehra holidays.
6. This issues with the concurrence ofFinance Directorate of the Ministry of Railways.
(Salim Md. Ahmed)
Dy. Director / Estt. (P&A)H
Railway Board.
Source: Click on image to view/download the order 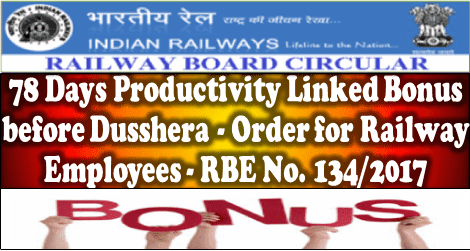 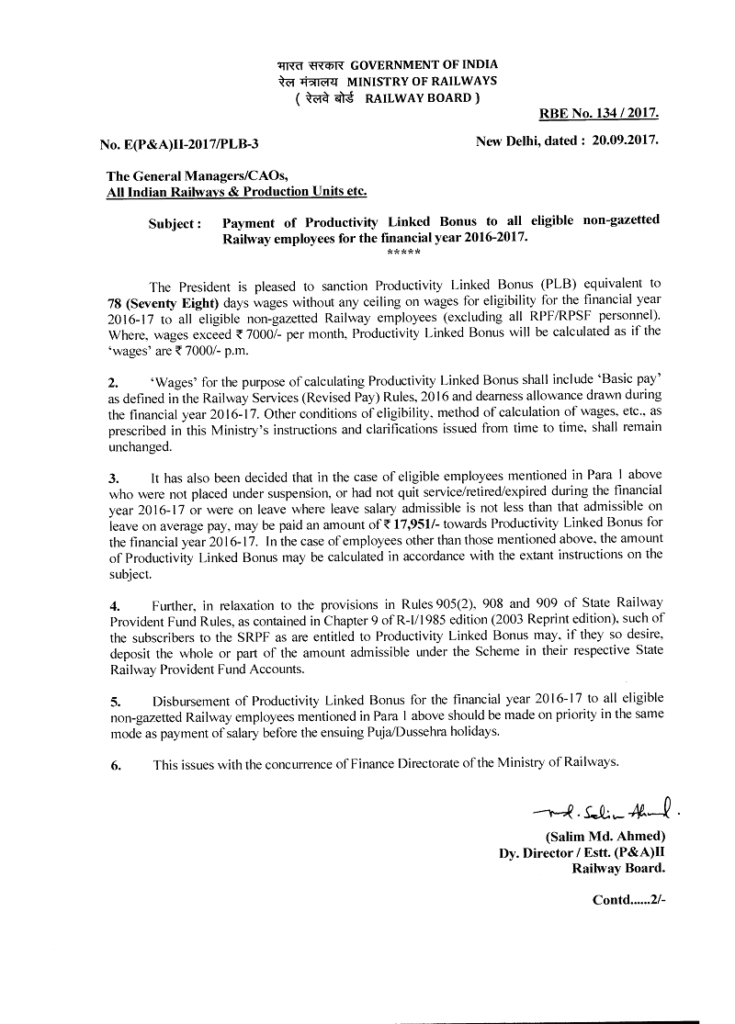 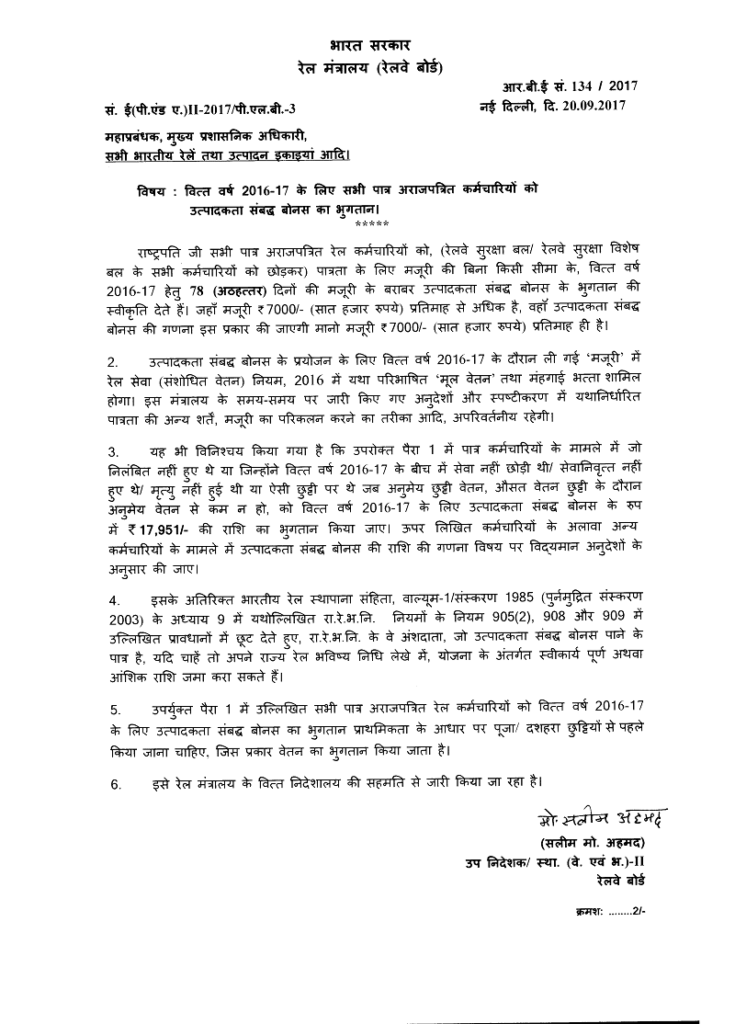