In exercise of the powers conferred by the Central Government Vide Notification No. 5.0.190(E) dated 19th January, 2017 of the Ministry of Labour & Employment, the undersigned hereby declares that there shall be no increase in Variable Dearness Allowance for the period of 1.10.2017-31.3.2018 due to decrease in the average Consumer Price Index for the period January, 2017 to June, 2017 for the workers employed in
Industrial Workers and thereby resulting in the VDA remaining the same as it was during the period of 1.4.2017 to 30.9.2017. This order shall come into force w.e.f. 01.10.2017.

RATES OF V.D.A. FOR EMPLOYEES EMPLOYED IN “Employment of Sweeping and Cleaning excluding activities prohibited under the Employment of Manual Scavengers and Construction of Dry Latrines (Prohibition) Act, 1993”.


Therefore, the minimum rates of wages including the basic rates and Variable Dearness Allowance payable w.e.f. 01.10.2017 to the employees would be same as under:- 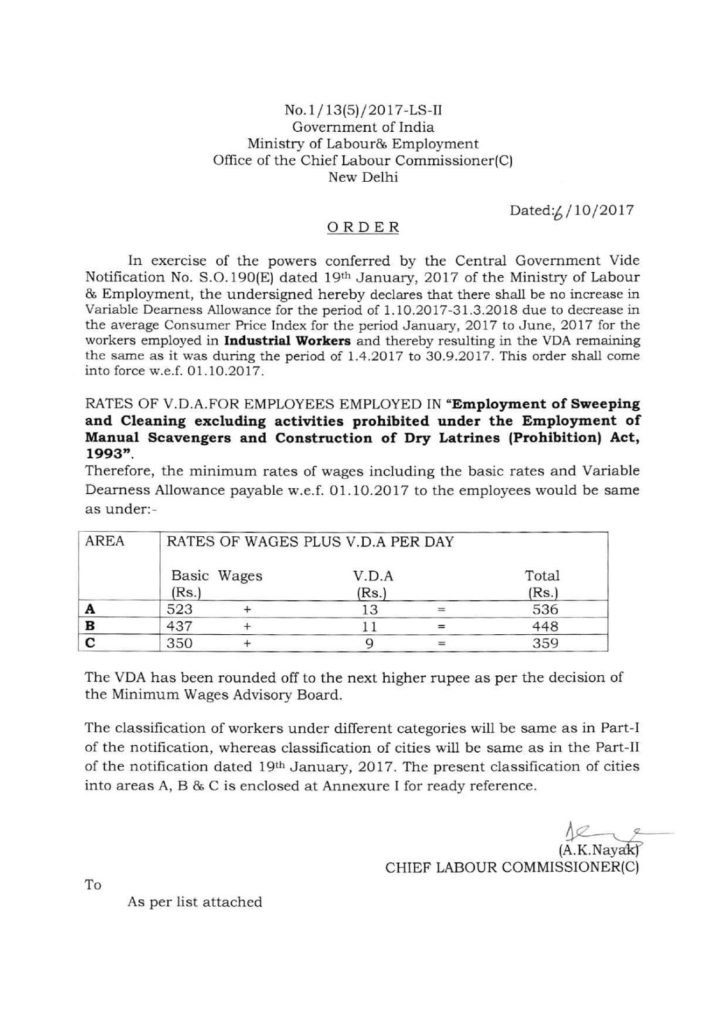