RATES OF V.D.A. FOR EMPLOYEES EMPLOYED IN LOADING AND UNLOADING IN (i) GOODS SHEDS, PARCEL OFFICES OF RAILWAYS, (ii) OTHER GOODS-SHEDS, GODOWNS, WAREHOUSES AND OTHER SIMILAR EMPLOYMENTS; (iii) DOCKS AND PORTS; AND (iv) PASSENGERS GOODS AND CARGO CARRIED OUT AT AIRPORTS (BOTH INTERNATIONAL AND DOMESTIC).


Therefore, the minimum rates of wages including the basic rates and Variable Dearness Allowance payable w.e.f. 01.10.2017 to the employees would be same under:- 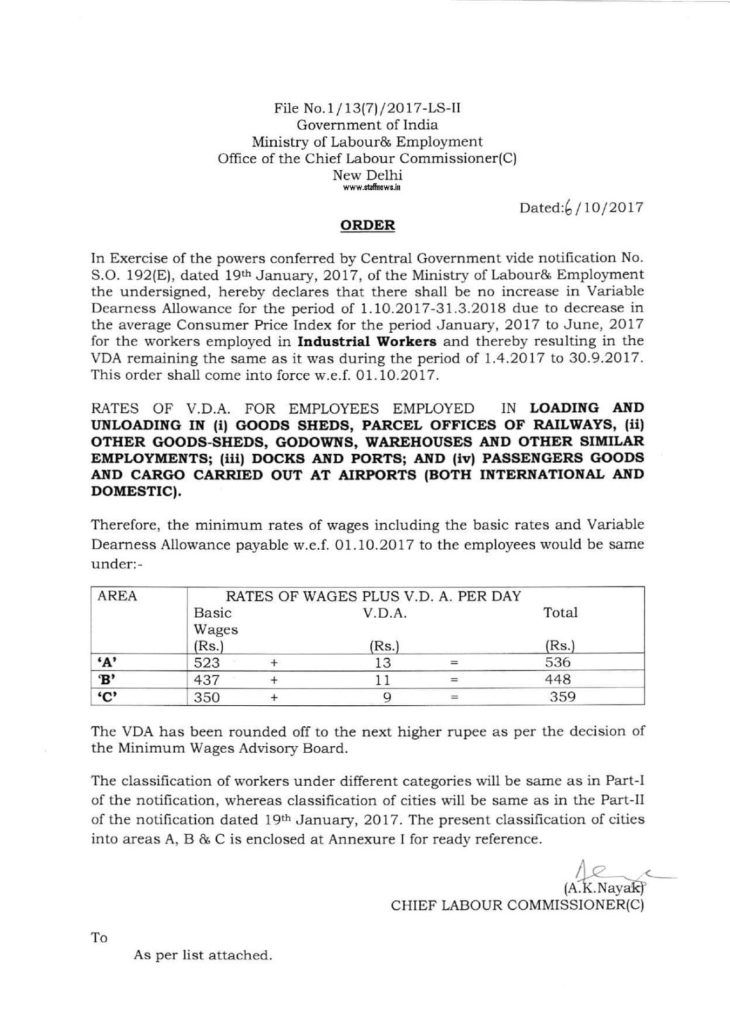