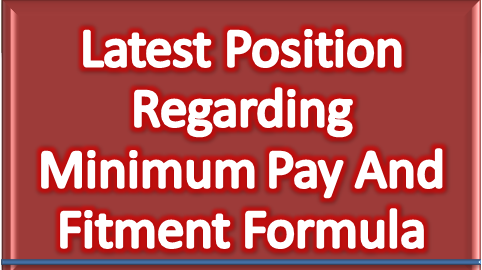 Further Govt. has not yet constituted the HIGH LEVEL COMMITTEE for increasing Minimum Pay and Fitment Formula as assured by the Group of Ministers including Home Minister Sri Rajnath Singh, Finance Minister Shri Arun Jaitley on 30.06.2016. The so-called Senior Officers Committee has also not discussed this agenda even though staff Side has repeatedly demanded discussion and settlement as per the assurance given by Senior Cabinet Ministers. Now 17 months are over. 32 lakhs Central Govt. Employees and 33 lakhs Pensioners are being continuously betrayed by the NDA Govt.
M. Krishnan
Secretary General
Confederation
Mob. & Whats App: 09447068125
Email: [email protected]