Clarification on benchmarks for promotion to administration grades on numerical grading for the APARs prior to year ending 2017.

Sub: Clarification on benchmarks for promotion to administration grades on numerical grading for the APARs prior to year ending 2017. 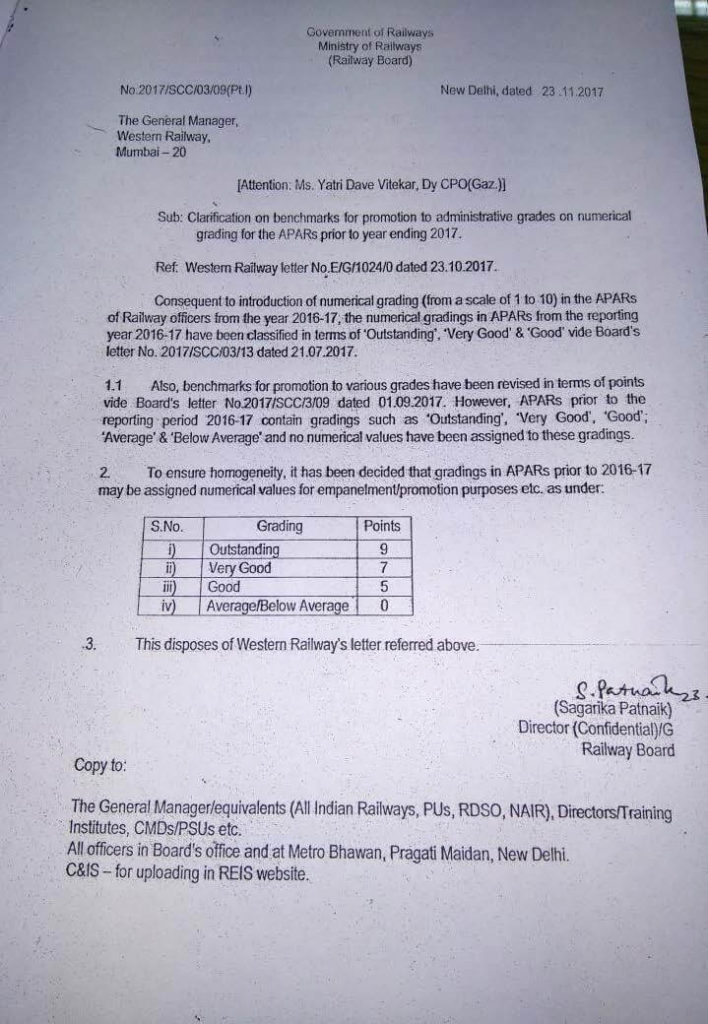 Loading...
Newer Post
Guidelines for use of UPI BHIM in payments of Government receipts by customers
Older Post
Enhancement of monetary allowance attached to the Pre-Independence Gallantry Awards.