“Study Allowance, ranging from 1 to 2.75 Pound (Sterling) per day, is granted to a government servant who has been granted study leave for studies outside India”

MINISTRY OF PERSONNEL, PUBLIC GRIEVANCES AND PENSIONS
(Department of Personnel and Training)

G.S.R. 08(E). – In exercise of the powers conferred by the proviso to Article 309 read with clause (5) of article 148 of the Constitution and after consultation with the Comptroller and Auditor-General of India in relation to the persons serving in the Indian Audit and Accounts Department, the President hereby makes the following rules further to amend the Central Civil Services (Leave) Rules, 1972, namely: –
1. (1) These rules may be called the Central Civil Services (Leave) Second Amendment Rules, 2017.

(2) They shall come into force on the date of their publication in the Official Gazette.
2. In the Central Civil Services (Leave) Rules, 1972 (hereinafter referred to as the said rules), in rule 54, in subrule (3), the words “and subject to the other conditions laid down in rule 57 being satisfied, draw study allowance in respect thereof” shall be omitted. 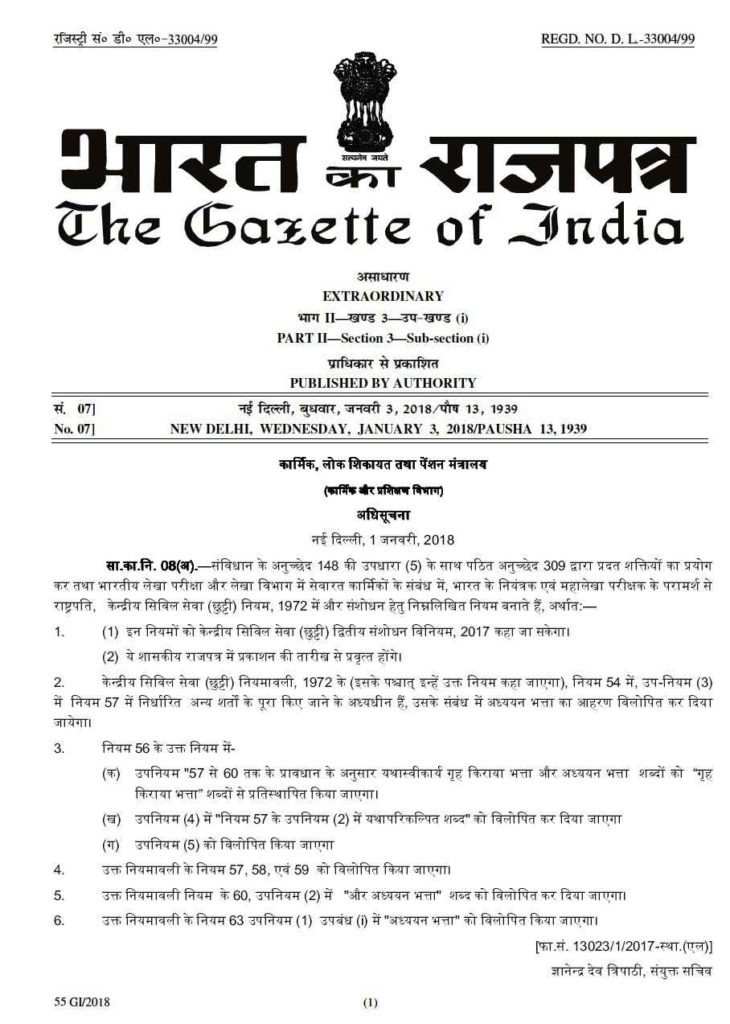