Consequent upon the decision taken by the Government on the recommendations of the Seventh Central Pay Commission. the Study Allowance stands abolished with effect from 1st July, 2017.
2. Formal amendment to the Study Leave Rules contained in Appendix-V of IREC Vol.I. 1985 Edition (Second Re-print Edition 2003) will be issued separately.
(G. Priya Sudarsani)
Joint Director, Finance (Estt.),
Railway Board 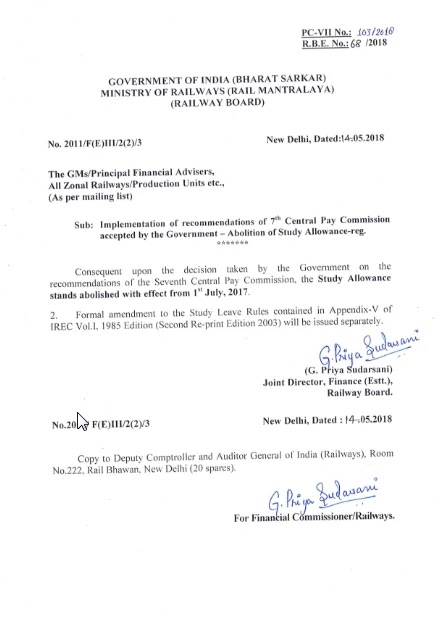