LARSGESS Scheme: Railway Board Order in supersession to Order dated 26.09.2018


Ref: (1) Board’s letter of even number dated 27.10.2017
1 (2) Board’s letter of even number dated 26.09.2018
In supersession to Railway Board’s letter No. E(P&A)I-2015/RT-43 dated 26.09.2018, it is stated that while the LARSGESS Scheme continues to be on hold with effect from 27.10.2017 on account of various court cases, to impart natural justice to the staff who have already retired under LARSGESS scheme before 27.10.2017 (but not naturally superannuated) and appointment of whose wards was not made due to various formalities, appointment of such of the wards/candidates can be made with the approval of the competent authority. 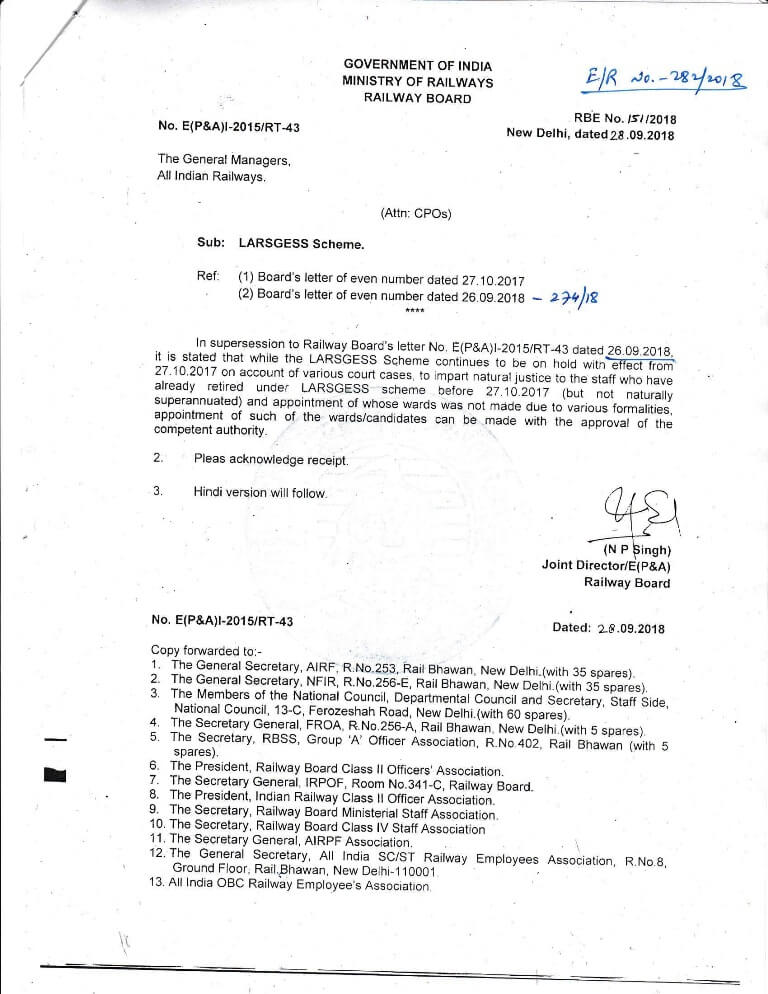