Subject : Payment of Productivity Linked Bonus to all eligible non-gazetted Railway employees for the financial year 2017-18.

5. Disbursement of Productivity Linked Bonus for the financial year 2017-18 to all eligible non-gazetted Railway employees mentioned in Para 1 above should be made on priority in the same mode as payment of salary before the ensuing Puja/Dussehra holidays.
6. This issues with the concurrence of Finance Directorate of the Ministry of Railways.
N.P Singh
Joint Director/Estt.(P&A)
Railway Board. 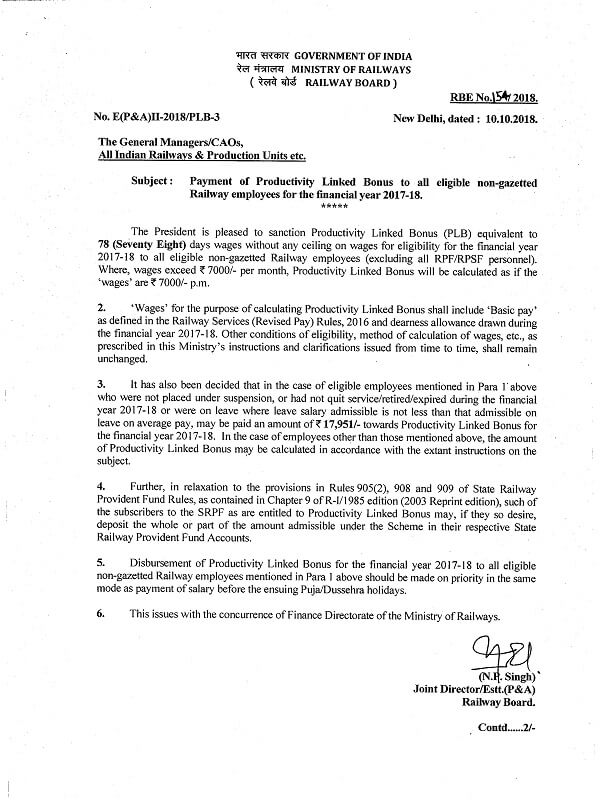 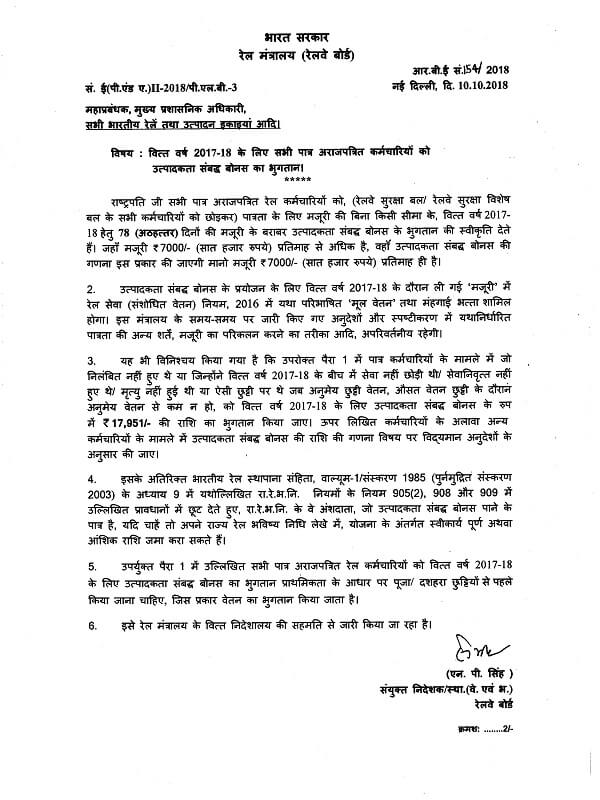