Subject: Productivity Linked Bonus for the civilians of the Indian Navy for the year 2017-2018.

Sir,
I am directed to refer to the Productivity Linked Bonus Scheme already circulated vide this Ministry’s letter No.F.24(9)/80/D(JCM), dated 28th September, 1983, as amended from time to time and to convey the sanction of President to the payment of 40 days (forty days) wages in cash as PLB for the year 2017-2018 to the eligible civilian employees of the Indian Navy.
2. The entitlement has been worked out on the basis of the working results for the year 2017 -2018 in accordance with the agreed formula.
3. The PLB shall be paid to all eligible Gp.’B’ (Non-Gazetted), Gp.’C’ and Gp.’D’ civilian employees of Indian Navy who are covered under PLB Scheme for the accounting year 2017-2018. The calculation ceiling of Rs. 7000/-(7000×40/30.4) and other terms and conditions of the PLB Scheme will remain unchanged.
4. Productivity Linked Bonus to the casual labourer will be paid at the assumed wages of Rs.1200/- p.m.(1200×40/30.4) for the accounting year 2017-2018. However, in cases where the actual wages fall below Rs.1200/- pm, the amount will be calculated on the actual monthly wages. The other conditions remain unchanged.
5. The expenditure on this account will be debitable to Defence Services Estimates under respective Heads to which the pay and allowances of these employees are debited. The entire expenditure on the payment of PLB is to be met out of the sanctioned budget grant for the year 2018-2019, without any additionality.
6. This issues with the concurrence of the Ministry of Finance (Deptt. of Expenditure) vide their ID. No. 919108/E.III(A)/2018 dated 04/10/2018 and MoD (Fin/AG/PB) vide their Dy.No. 123/AG/PB dated 09/10/2018.
Sd/-
(Amitava Saha)
Under Secretary to the Government of India 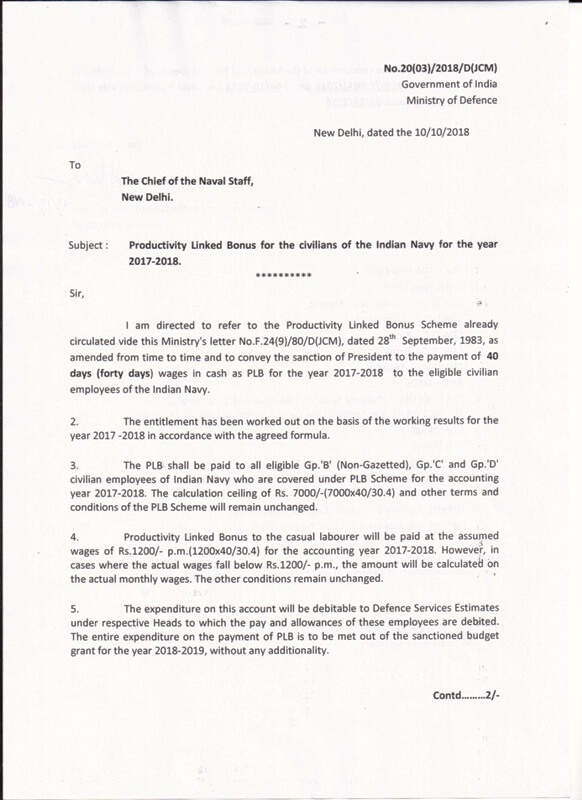 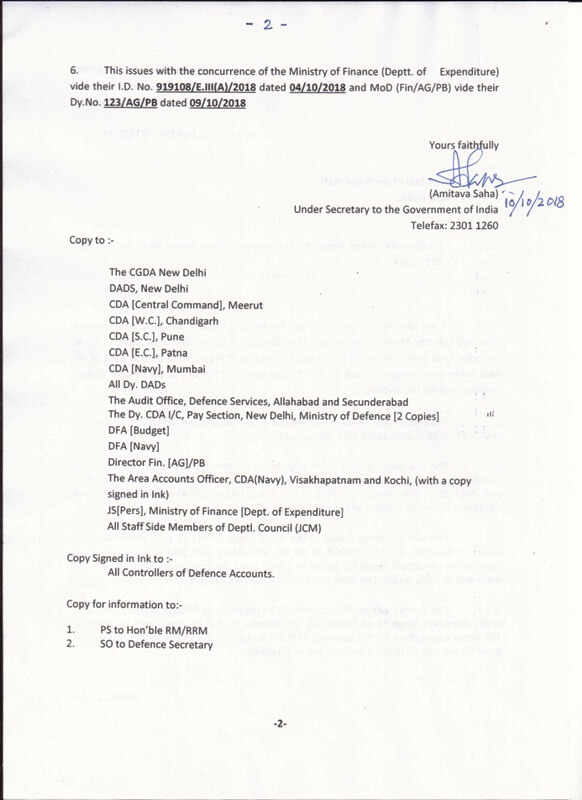