ASADUDDIN OWAISI
Will the Minister of PERSONNEL, PUBLIC GRIEVANCES AND PENSIONS be pleased to state:-
(a) whether the Hon. Madras High Court ruled that employees retiring on 30 June are entitled for increment on 1st July of that year for pensionary benefit as they retire after completion of that year’s full service;
(b) if so, the details thereof;
(c) whether Hon. Supreme Court has dismissed the petition filed against the Madras High Court’s above judgement;
(d) if so, whether the Government has issued orders regarding granting annual increment to those employees who are retiring on 30th June after completion of one year of service;
(e) if so, the details thereof and if not, the reasons therefor; and
(f) the time by which such orders are likely to be issued in this regard?

MINISTER OF STATE IN THE MINISTRY OF PERSONNEL, PUBLIC GRIEVANCES AND PENSIONS AND MINISTER OF STATE IN THE PRIME MINISTER’S OFFICE
(DR. JITENDRA SINGH)
(a) & (b): No, Madam. High Court of Madras in Writ Petition No. 15732/2017 has granted relief personal to the petitioner.
(c): Yes, Madam.
(d) to (f): As the judgment is in personam and contrary to the personnel policy of Government of India, the question of issuing a general order does not arise.
****** 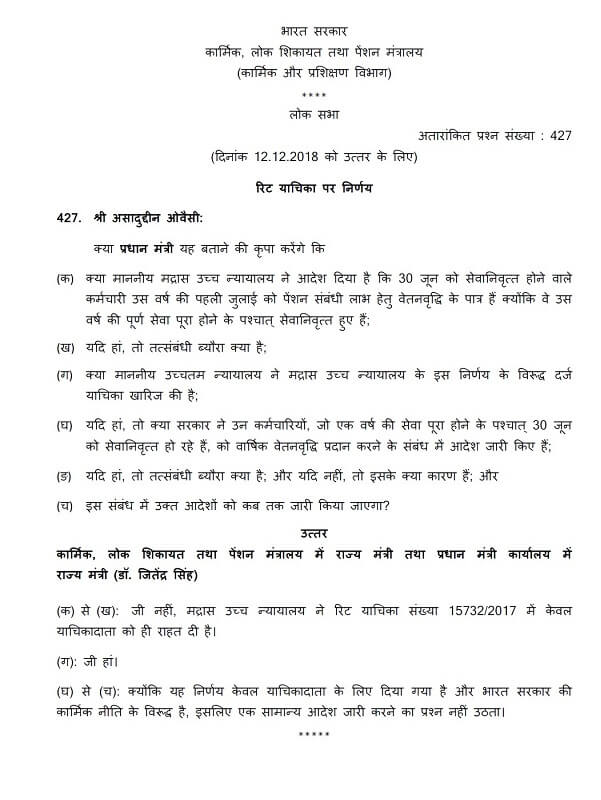 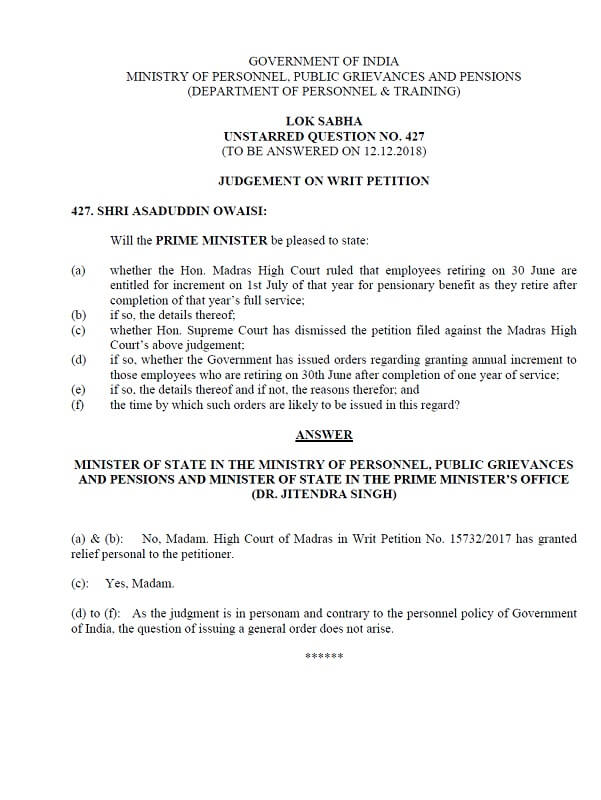 Loading...
Newer Post
7th Pay Commission: CCS(RP) Rules 2016 – Opportunity for revision of option to come over to revised pay structure within 3 months: Fin Min OM 12.12.2018
Older Post
Lowest rate of employment in CPSEs during 2017-18 as compared to the last 4 years