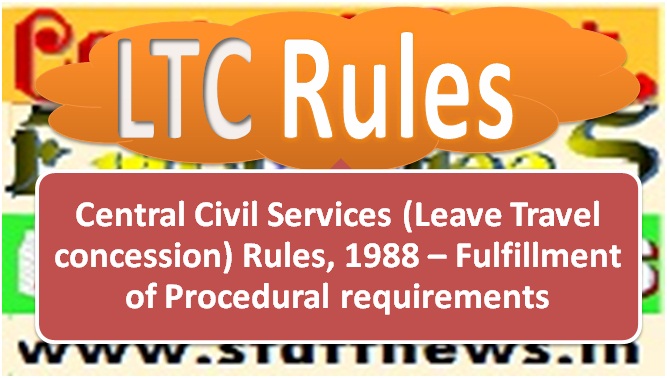 2. The above may please be disseminated to all formations /units under your command.

1. The undersigned is directed to convey the sanction of competent authority to extend the provisions contained in DOP&T OM No.31011/3/2015-Estt.(A-IV) dated 09 Feb 2017 to Armed Forces personnel. A copy of DOP&T OM referred above is enclosed herewith for reference.

(Irsad Alam)
Under Secretary to the Govt of India 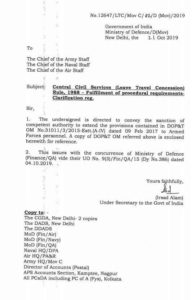 Loading...
Newer Post
Identification of posts in the Defence Accounts Department for Person with Disabilities
Older Post
DA/DR from January, 2020 – Expected to increase 4% from 17% to 21% and 9% increase in 6th CPC DA