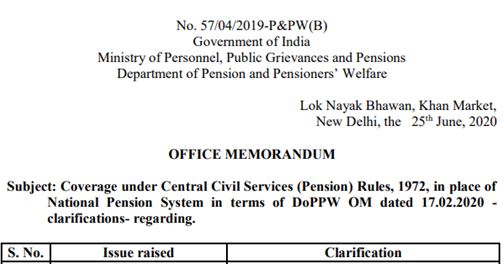 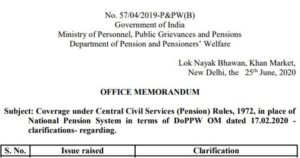 No. 57/04/2019-P&PW(B)
Government of India
Ministry of Personnel, Public Grievances and Pensions
Department of Pension and Pensioners’ Welfare

The undersigned is directed to say that instructions have been issued vide this Department’s O.M. of even number dated 17th February, 2020, that in all cases where the results for recruitment were declared before 01.01.2004, against vacancies occurring on or before 31.12.2003, the candidates declared successful for recruitment shall be eligible for coverage under the Central Civil Services (Pension) Rules, 1972. Accordingly, such Government servants who were declared successful for recruitment in the results declared on or before 31.12.2003, against vacancies occurring before 01.01.2004 and are covered under the National Pension System on joining service on or after 01.01.2004, may be given a one-time option to be covered under the CCS(Pension) Rules, 1972.

3. All Ministries / Departments are requested to bring the contents of these clarifications to the notice of Controller of Accounts/Pay and Accounts Officers, Attached office and Subordinate Offices under them.

(S. Chakrabarti)
Under Secretary to the Government of India 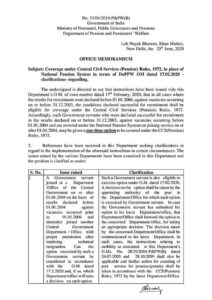 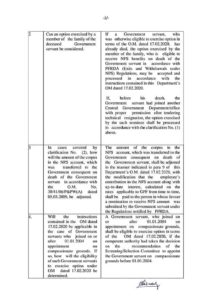 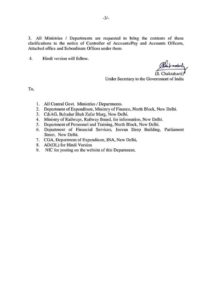