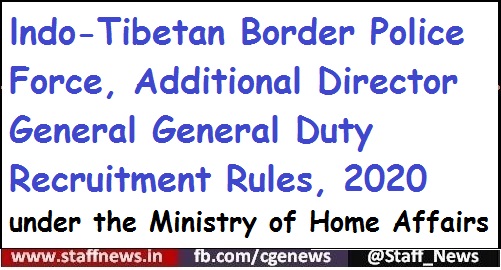 G.S.R. 552(E).-In exercise of the powers conferred by clause (1) of read with clause (b) sub­ section (2) of section 156 of the Indo-Tibetan Border Police Force Act, 1992 (35 of 1992), the Central Government hereby makes the following rules regulating the method of recruitment to the post in the Additional Director General (General Duty) lndo-Tibetan Border Police Force, under the Ministry of Home Affairs, namely:-

(2)  They shall come into force on the date of their publication in the Official Gazette.

2. Application.-These rules shall apply to the post specified in column (1) of the Schedule annexed to these

5. Medical Fitness -Notwithstanding anything contained in these rules, only those persons who are in medical category SHAPE-I, as specified in Health Care System in Central Armed Police Forces, shall be eligible for appointment on deputation.

6. Liability of Service.-Any person appointed to the said post under these rules shall be liable to serve anywhere in India or

8. Superannuation. (1) Officers holding the rank of Additional Director General (General Duty) shall retire from service in the afternoon of the last day of the month in which they attain the age of sixty years :

Provided that the person whose date of birth is the first of a month shall retire from service on the afternoon of the last day of the preceding month on attaining the age of superannuation i.e. sixty years.

(2) No person shall be granted extension in service beyond the prescribed age of retirement on superannuation.

9. Ineligibility of non-citizens of India.-No person who is not a citizen of India shall, except with the prior permission of the Central Government in writing, be appointed under these rules:

Provided that nothing contained in this rule shall debar the appointment or employment of a subject of Nepal or Bhutan in the Force.

10. Power to relax.-Where the Central Government is of the opinion that it is necessary or expedient so to do, it may, by order and for reasons to be recorded in writing, relax any of the provisions of these rules with respect to any class or category of

11. Saving. –Nothing in these rules shall affect reservation, relaxation of age-limit and other concessions required to be provided for the Scheduled Castes, the Scheduled Tribes, Other backward classes, ex-servicemen and other special categories of persons in accordance with the orders issued by the Central Government from time to time in this regard. 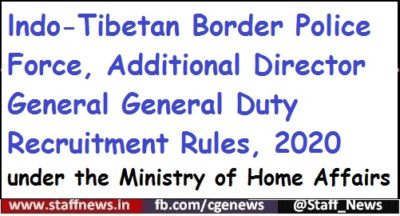