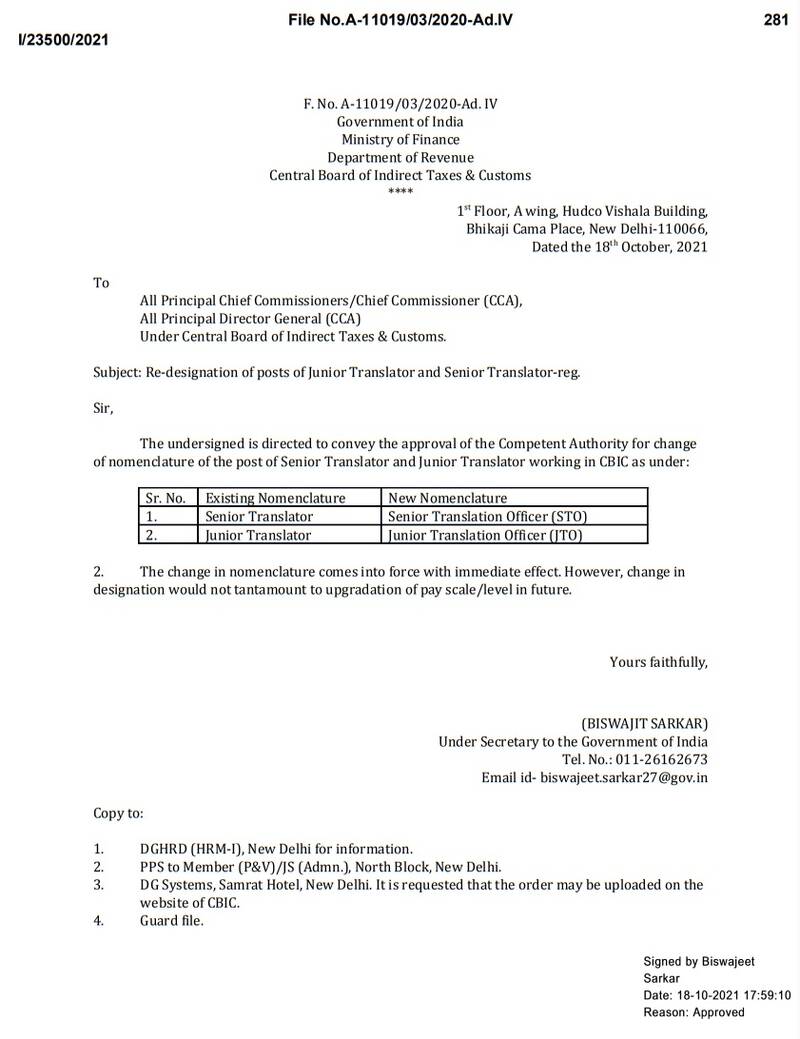 Classification of post of Senior Accounts Officer and Senior Audit Officer from Gp B to Gp A in the IA&AD, O/o CAG: DoE OM
Change in Nomenclature to the post Manager Grade- II in Non-statutory departmental canteens: DoP&T Order
7th CPC – Classification of Civil Posts under CCS(CCA) Rules – Gazette Notification

Sir,
The undersigned is directed to convey the approval of the Competent Authority for change of nomenclature of the post of Senior Translator and Junior Translator working in CBIC as under:

2. The change in nomenclature comes into force with immediate effect. However, change in designation would not tantamount to upgradation of pay scale/level in future. 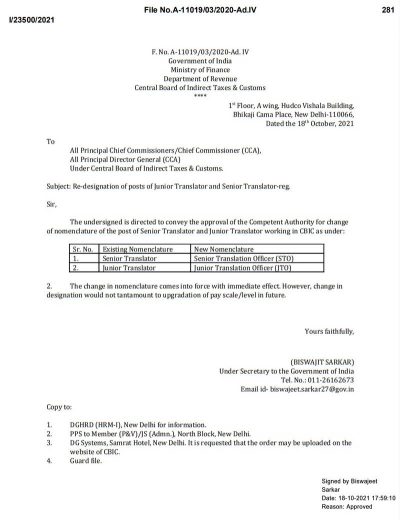