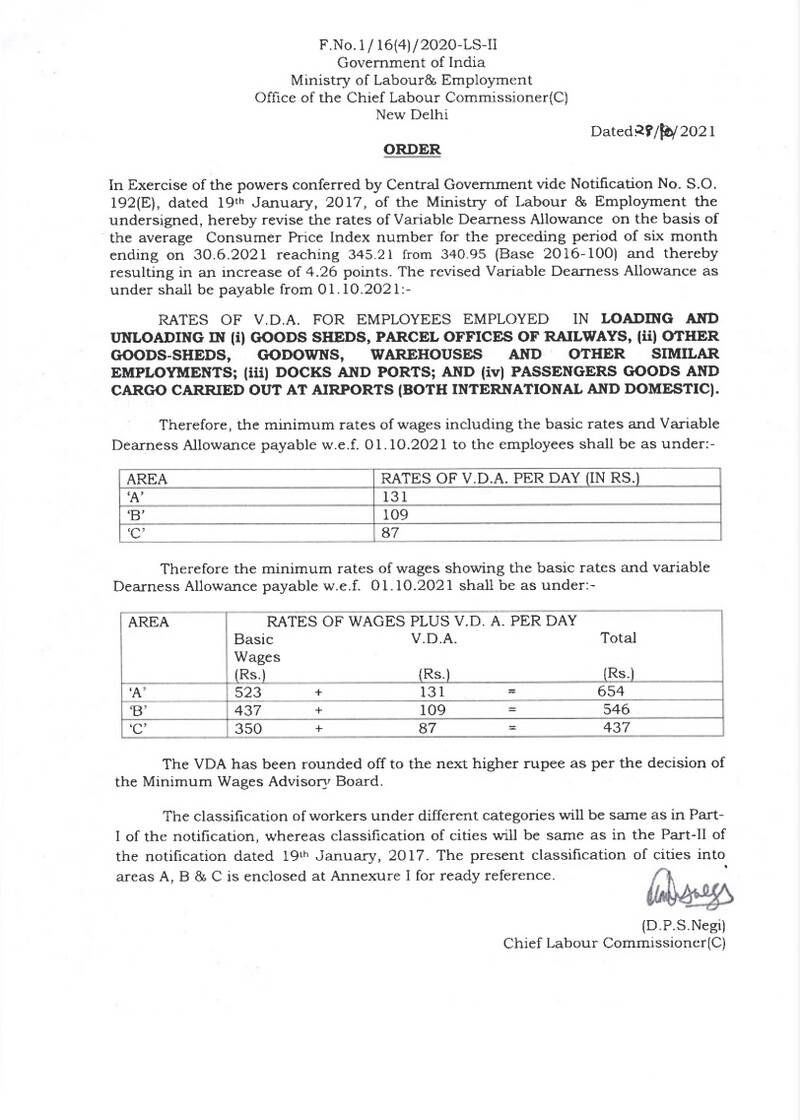 In Exercise of the powers conferred by Central Government vide Notification No. S.O. 192(E), dated l91h January, 2017, of the Ministry of Labour & Employment the undersigned, hereby revise the rates of Variable Dearness Allowance on the basis of the average Consumer Price Index number for the preceding period of six month ending on 30.6.2021 reaching 345.21 from 340.95 (Base 2016-100) and thereby resulting in an increase of 4.26 points. The revised Variable Dearness Allowance as under shall be payable from 01.10.2021 :-

RATES OF V.D.A. FOR EMPLOYEES EMPLOYED IN LOADING AND UNLOADING IN (i) GOODS SHEDS, PARCEL OFFICES OF RAILWAYS, (ii) OTHER GOODS-SHEDS, GODOWNS, WAREHOUSES AND OTHER SIMILAR EMPLOYMENTS; (iii) DOCKS AND PORTS; AND (iv) PASSENGERS GOODS AND CARGO CARRIED OUT AT AIRPORTS (BOTH INTERNATIONAL AND DOMESTIC).

Therefore, the minimum rates of wages including the basic rates and Variable Dearness Allowance payable w.e.f. 01.10.2021 to the employees shall be as under:-

Therefore the minimum rates of wages showing the basic rates and variable Dearness Allowance payable w.e.f. 01.10.2021 shall be as under :- 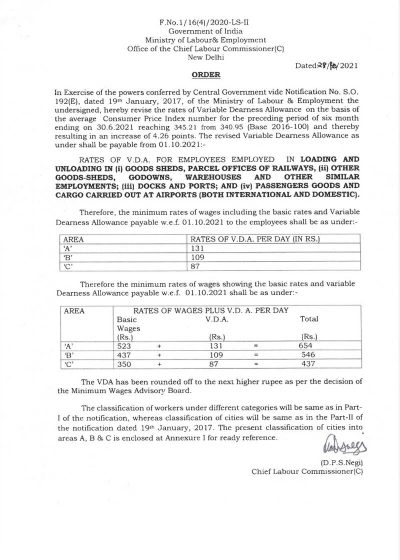