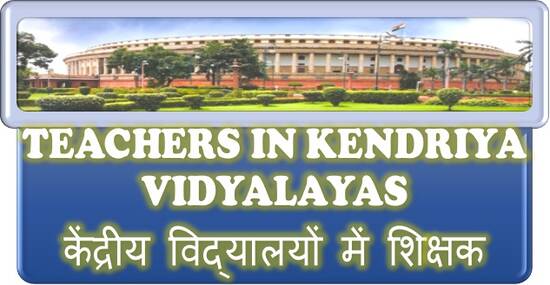 Over 40% of Kendriya Vidyalaya schools, which are meant for children of Central Government employees, including defence and paramilitary personnel in the country, do not have a principal. The shortage of teachers, too, has more than doubled in the past three years as there has been no staff recruitment due to COVID-19.

Several principals who spoke to The Hindu on the condition of anonymity said they were “bitter and frustrated” and complained of “employee unrest” as some of them were forced to work double shifts, and there was no scheme for career progression or a transfer policy leading to many spending “five to seven years” at far-flung stations. They complain of a “policy paralysis” when KVs’ academic performance in Class X and XII board exams has dropped from the top position to third between 2019 and 2022, and there is a need to bridge learning losses due to COVID-19.

In response to questions from this correspondent, a KV Sangathan (KVS) official said fresh recruitment will be undertaken within this academic year.

Out of the total 1,247 KV schools in the country, approximately 250 schools are grade 2 schools which don’t require a principal, and are instead headed by a vice-principal. Of the remaining nearly 1,000 KVs, approximately 420 don’t have a principal, claimed sources among the KV staff.

“A principal’s top priority is to ensure safety and security of students, followed by ensuring discipline among teachers with regards to their attendance or whether they are taking classes on time. Then comes academic performance. Failure to monitor these will impact overall performance. KVs are primarily for the education of those children whose parents serve in the armed forces. What message are we then sending to our jawans?” said one principal on the condition of anonymity.

In the Class XII Board results announced recently, KVs stood at the third position with a pass percentage of 97.04% after Jawahar Navodaya Vidyalayas (JNVs) and Central Tibetan School Administration (CTSA) schools as compared to the first position it held in 2019 with a pass percentage of 98.54%. Similarly, in Class X too its position dropped from number one spot in 2019 to the third spot in 2022 behind JNV and Independent (private) schools.

In response to queries e-mailed to the KVS, a senior official said, “The last recruitment drive was completed in 2019. Due to the COVID outbreak, the recruitment process could not be taken up. KVS Recruitment process is a specialised task with a combination of written exam, interview and skill test. The process of fresh recruitment will start within this academic year for appointment of regular staff.”

The official added that “contractual teachers were engaged on short-term basis” to fill the gap.

Nearly 70 KVs also operate double shifts where there is a large concentration of Central Government employees and massive demand from students such as New Delhi. Though there are different sets of teaching staff and administrative staff including vice-principals for such schools, the same principal has to work in both the shifts for which they get a compensation of ₹10,000, said one principal who heads one such school. Half of non-teaching posts are also lying vacant, forcing teachers to perform clerical duties, claimed another KV principal.

There are no schemes for career advancement or transfer norms for KV principals although these exist for teaching and non-teaching staff.

“As many as 20 principals serving at hard and very-hard stations such as those in Jammu and Kashmir or Himachal Pradesh or in the North East region were forced to move court because they had spent as many as five to seven years instead of the mandatory three-year and two-year term, when defence personnel themselves don’t spend more than two years at these stations. Moreover, after spending so many years in remote areas, we aren’t even offered postings of our choice,” said a principal who was among the over 100 who were reshuffled on August 18. It is for these reasons many preferred State Board schools so they could be closer home.

“While the government has unveiled the National Education Policy-2020, let’s not forget that you need teachers and principals to implement it. There is a need for rigorous training and outcome-oriented approach to learning especially to bridge the learning loss during COVID-19 which are missing at the moment,” said one principal.