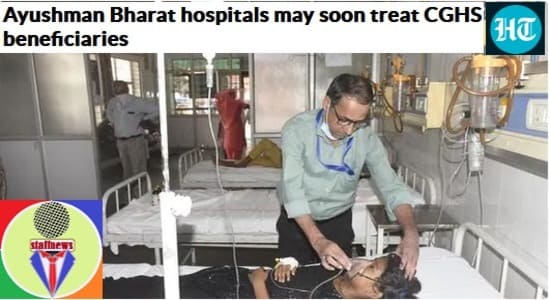 “It is being planned that the beneficiaries of the CGHS scheme can also seek treatment at any of the hospitals across the country empaneled under the Ayushman Bharat-Pradhan Mantri Jan Arogya Yojna. It will ensure patients have a larger ambit of hospitals to choose from, especially those patients who are looking for super speciality treatment,” said a senior government functionary aware of the matter, requesting anonymity.

CGHS and AB-PMJAY are two separate health insurance schemes run by the government.

CGHS largely caters to the Central government employees, both serving and retired. There are close to 4.1 million beneficiaries registered under the scheme, and 2,000 hospitals and diagnostic centres are empanelled across the country. The number of hospitals is somewhat unevenly distributed, with larger cities having more hospitals than tier 2-3 cities.

“By offering the option of getting treated at AB-PMJAY hospitals, the ambit would increase for beneficiaries,” said the government functionary cited above.

There are at least 107.4 million beneficiaries under AB-PMJAY, and till last month, around 37.5 million hospital admissions, amounting to approximately ₹45,000 crore, were authorised under the scheme through a network of 25,000 empanelled health care providers.

There are several changes in the pipeline for the current public health insurance schemes, which also include having a unified card for AB-PMJAY and schemes run by individual states, Union health minister Mansukh Mandaviya had said at a select briefing last month.

“It will be a unified card that will be called Ayushman Card. What we have essentially done is co-branding, whereby beneficiaries can make use of treatment packages under Central and state-run health insurance schemes using just one card. Many states have their own health insurance schemes, and there was a lot of confusion among beneficiaries regarding empanelled hospitals, implementation support agencies, insurance companies, and third-party administrators. Now there will be a common name,” Mandaviya had said.

According to the Union health ministry, close to 20 schemes are being currently run by several state.

The government is in the process of generating new cards that will carry Central and state government logos, and ‘Ayushman Bharat Pradhan Mantri Jan Arogya Yojna-MukhyaMantri Yojna’ imprinted on it to suggest the unification, officials in the health ministry.

As part of the new arrangement, eligible beneficiaries of any government insurance scheme will be able to avail treatment facilities at any of the 25,000 empanelled hospitals under the central scheme.

Even though it is not legally mandatory for states to implement the changes, all states, except Delhi, Odisha, and West Bengal, have agreed to adopt the proposed changes, said an official.

“The benefit of patients is at the core of all changes that are being envisaged to improve public health insurance segment,” said another official aware of the matter.

“The idea of expanding Ayuhsman Bharat empaneled hospitals to CGHS beneficiaries is good as these will be private hospitals offering multi-speciality care. The options will obviously widen, which is good thing.,” said Dr MC Misra, former director, All India Institute of Medical Sciences, Delhi.

“However, it will be better if cashless benefit that Ayushman Bharat beneficiaries get is also be extended to CGHS beneficiaries,” he added. 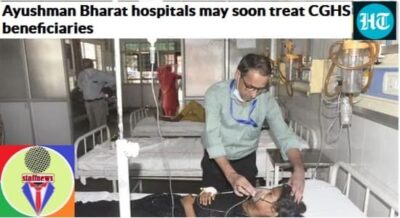