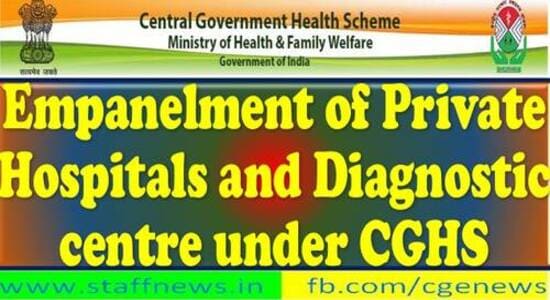 CGHS empanelled Ayurvedic Government Hospitals. There is one Government Ayurvedic Hospital under CGHS at Aliganj in Delhi. Empanelment of Private Hospitals under CGHS is a voluntary process.

(a) whether there is only one CGHS empanelled Ayurvedic Government Hospital in the country i.e. at Aliganj, Delhi and if so, the details there of along with the reasons therefor;

(b) whether the Government is aware of the fact that there are a large number of patients and long waiting queues seeking Panchkarma treatment in the above said hospital instead of CGHS empanelled private hospitals and if so, the details thereof alongwith necessary steps taken/proposed to be taken by the Government to remedy the aforementioned issues in the said hospital;

(c) whether the Government has taken note of the fact that the equipment and instruments available at the said hospital are obsolete and defunct and if so, the steps taken/being taken by the Government in this regard;

(d) whether the Government also proposes to upgrade the infrastructure including lifts in the hospital which are in a dilapidated condition and mostly remain out of order and if so, the details thereof along with the corrective measures taken/being taken by the Government in this regard; and

(e) whether the posts of technicians, assistants and attendants are lying vacant in the above said hospital and if so, the measures taken/proposed to be taken by the Government to fill up such vacancies?

THE MINISTER OF STATE IN THE MINISTRY OF HEALTH AND FAMILY WELFARE (DR. BHARATI PRAVIN PAWAR)