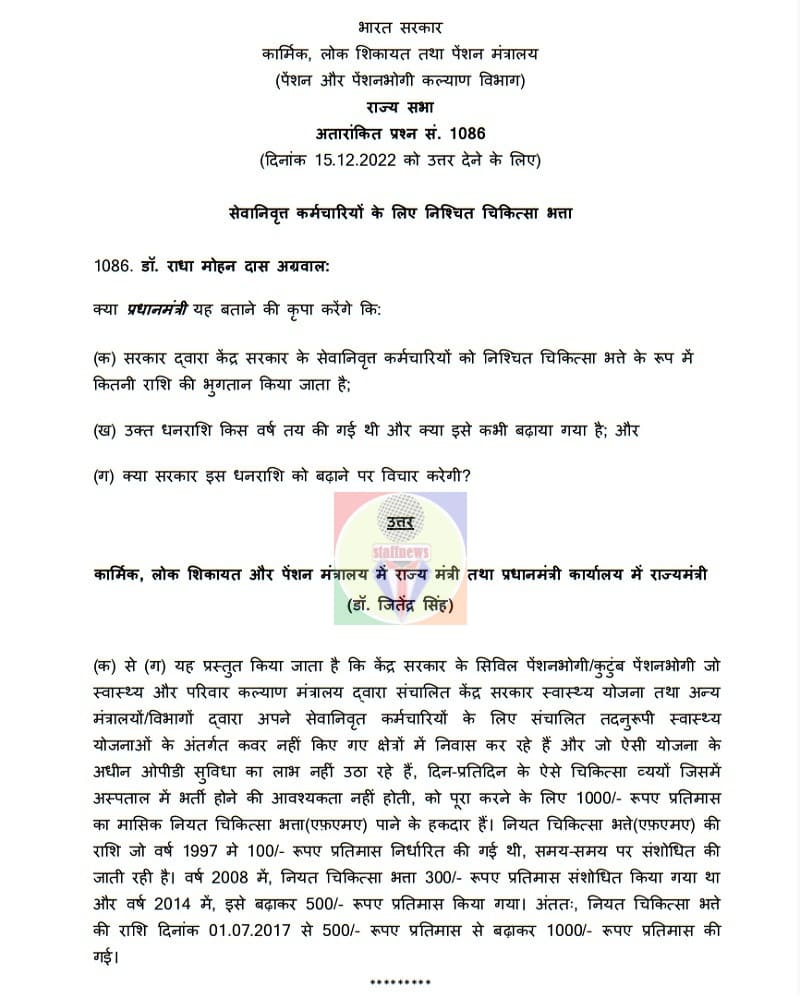 Will the PRIME MINISTER be pleased to state:

(c) whether Government would consider increasing this amount?

(a) to (c): It is submitted that Central Government Civil Pensioners/Family Pensioners who are residing in areas not covered under Central Government Health Scheme administered by the Ministry of Health and Family Welfare and corresponding health schemes administered by other Ministries/Departments for their retired employees and who are not availing OPD facilities under that scheme, are entitled to receive a monthly Fixed Medical Allowance (FMA) of Rs.1000/- per month for meeting expenditure on their day-to-day medical expenses that do not require hospitalization. The amount of Fixed Medical Allowance (FMA), which was fixed at Rs. 100/- per month in the year 1997 has been revised from time to time. In 2008, FMA was revised to Rs. 300/- per month and in 2014, it was again increased to Rs. 500/- per month. Lastly, the amount of FMA from Rs. 500/- per month was increased to Rs.1000/- per month with effect from 01.07.2017. 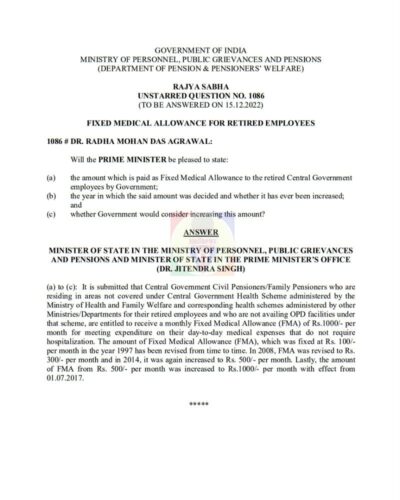 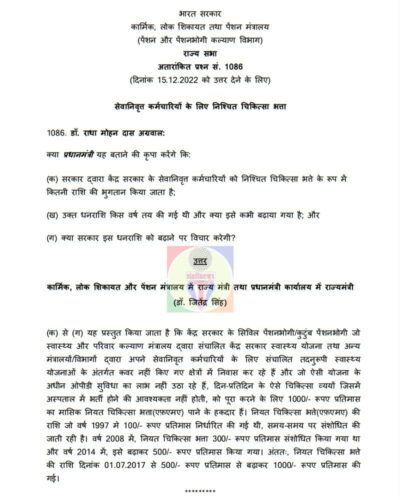