Reservation for Other Backward Classes in Civil Posts and Services under the Govt. of India — Sub-quota for Minority Communities

Kiran Kumari 0 December 23, 2011 6:21 am
No. 4I018/2/2011-Estt. (Res.)
Government
of India
Ministry
of Personnel, Public Grievances & Pensions
Department
of Personnel & Training
North Block. New
Delhi- 110001
Dated the 22nd December, 2011
OFFICF MEMORANDUM
Subject:    Reservation
for Other Backward Classes in Civil Posts and Services under the Govt. of India
— Sub-quota for Minority Communities.
The
undersigned is directed to invite attention to this Department’s O.M.
No.36012/22/93-Estt.(SCT) dated 8th September, 1993 regarding reservation for
Other Backward Classes in civil posts and services under the Government of
India.
2.             The
Government of India had set up the National Commission for Religious and
Linguistic Minorities to suggest criteria for the identification of the
socially and economically backward sections amongst Religious and Linguistic
Minorities and to recommend measures for their welfare, including reservation
in Government employment. The Commission submitted its report to the Government
on 10th May. 2007, wherein it had, inter-alia,
recommended creation of a sub-quota for minorities from within the reservation
of 27% available to OBCs, in Government employment.
3.             The
Government have carefully considered the above recommendation and it has been
decided to carve out a sub-quota of 4.5% for minorities, as defined under Section 2 (c) of the
National Commission for Minorities Act 1992, from within the 27% reservation
for OBCs as notified by the aforesaid O.M. The castes / communities of the said
minorities which are included in the Central list of OBCs, notified state-wise
from time to time by the Ministry of Social Justice and Empowerment, shall be
covered by the said sub-quota.
4.             Similar
instructions in respect of public sector undertakings and financial institutions
including public sector banks will be issued by the Department of Public
Enterprises and by the Ministry of Finance respectively.
5.
These orders will have effect from 1st January, 2012 and the O.M. No. 36012/22
93-Estt. (SCT), dated 8th September, 1993 stands modified to the above extent.
6.
The Hindi version of the O.M, follows.
sd/-
(Sharad
Kumar Srivastava)
Under Secretary to the Government of India 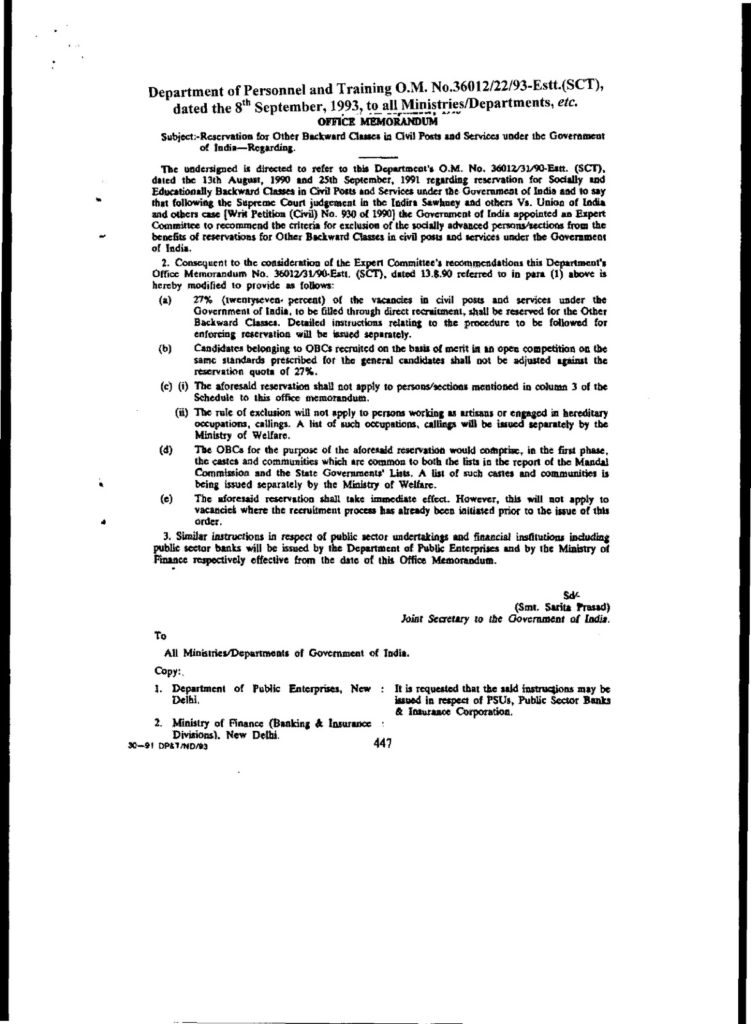 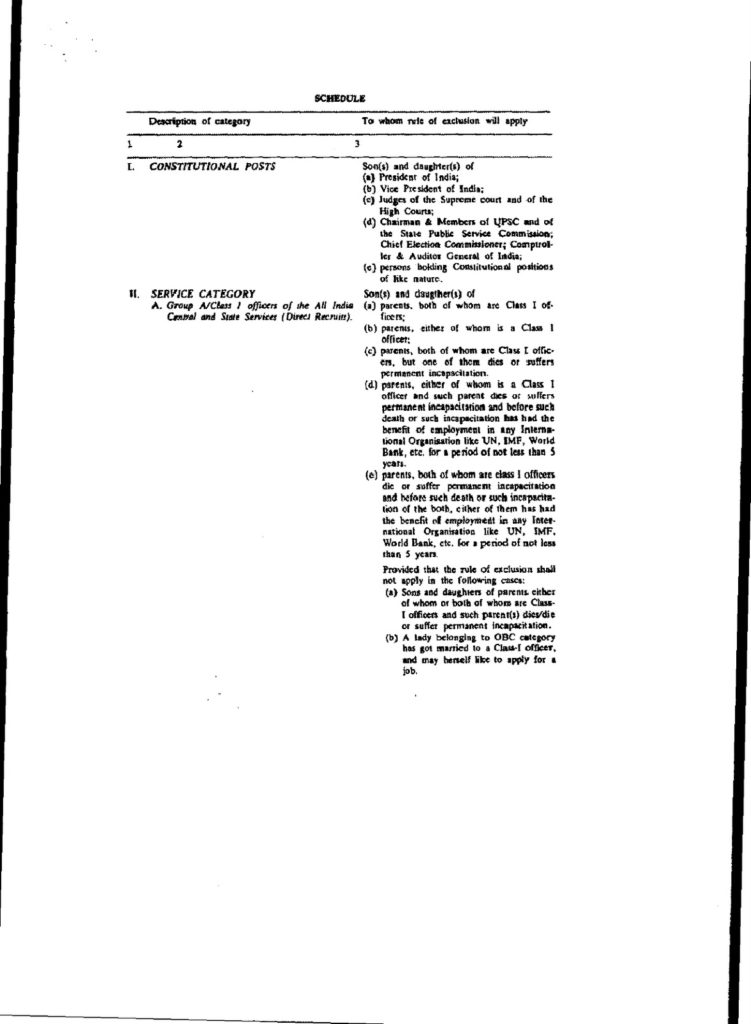 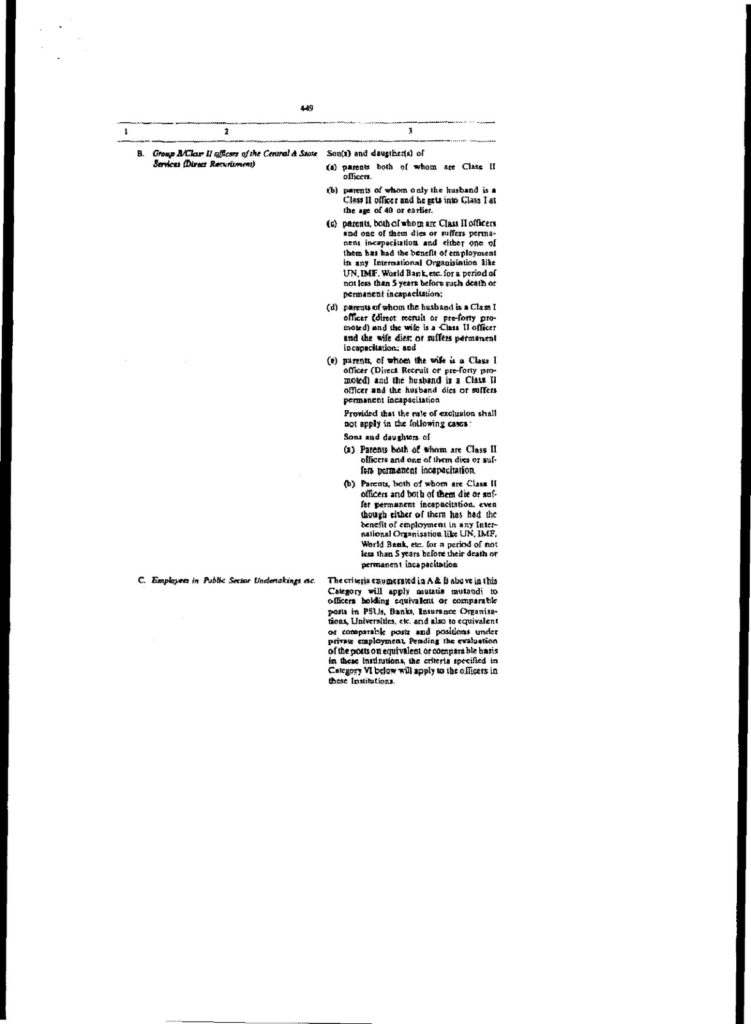 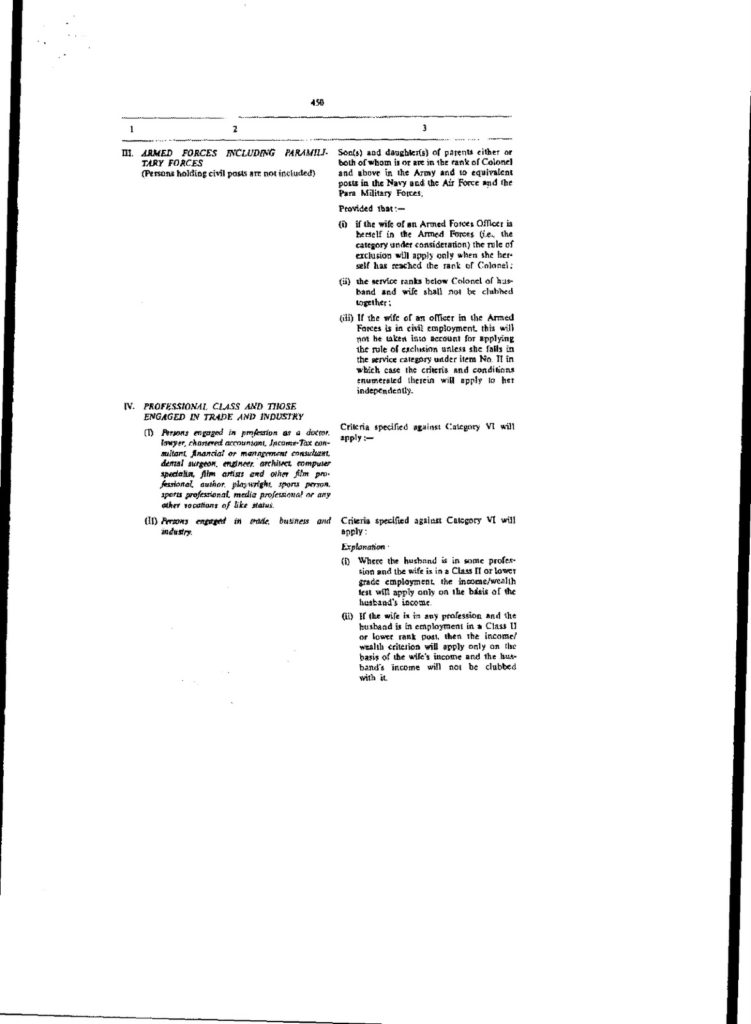 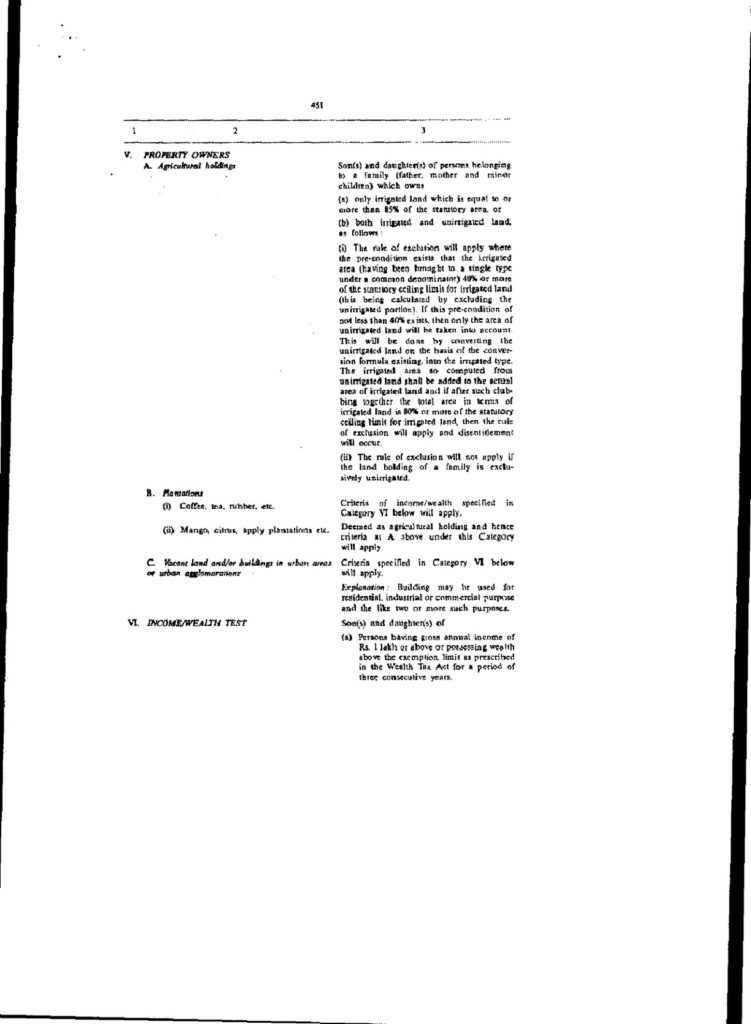 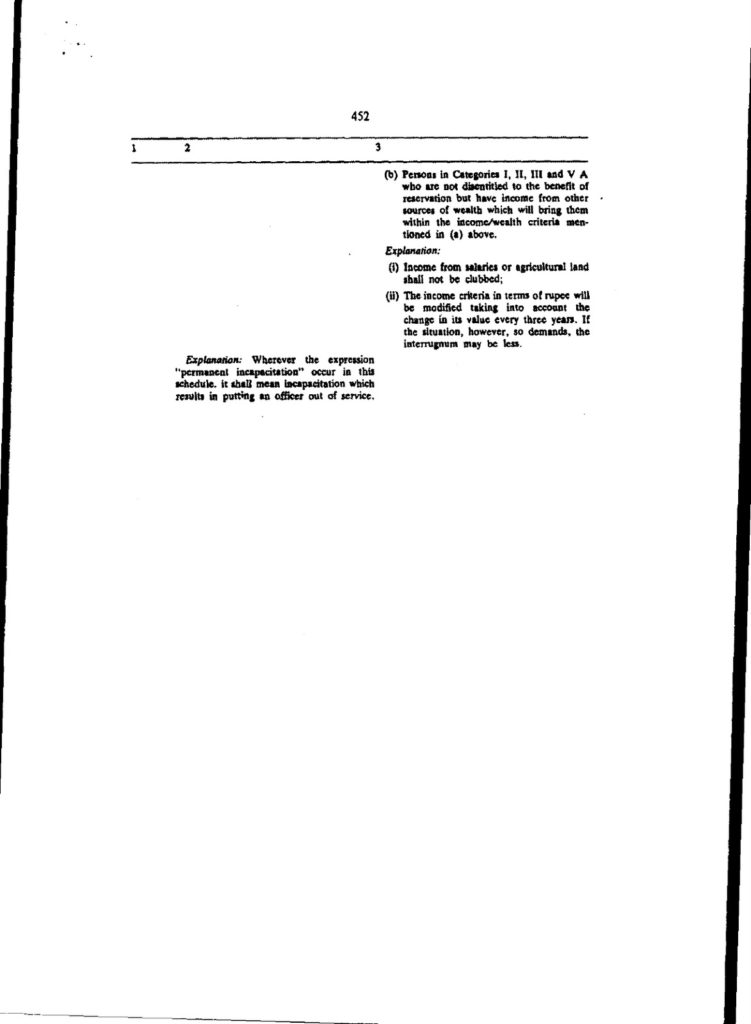 Dharampal Kadian: I think it is not one rank one pension but created difference between the pension of pre 2016 and post 2016 JCO and or for X group pension there are two different table table no 7 for pre 2016 pensioner and table no 8 for post 2016.