Government Extends the due Date for E-Filing of Returns of Income Tax and Audit Reports U/S 44AB of Income Tax Act from 30th September, 2015 to 31st October 2015

The issue of extension of last date for e-filing returns of income and audit reports u/s 44AB due by 30th September, 2015 has been the subject matter of litigation in various High Courts across the country.  While some High Courts have ruled in favour of the extension of due date, some others have ruled otherwise.  In order to avoid discrimination between taxpayers residing in different jurisdictions and to be fair to all, and also in view of paucity of time to approach the Hon’ble Supreme Court by way of Special Leave Petition (SLP), the Government has decided that across the country, all the returns of income and audit reports u/s 44AB which were due for e-filing by 30th September, 2015, may now be filed by 31st October, 2015.
Necessary order u/s 119 of the Income-tax Act, 1961 has been issued by CBDT in this regard. 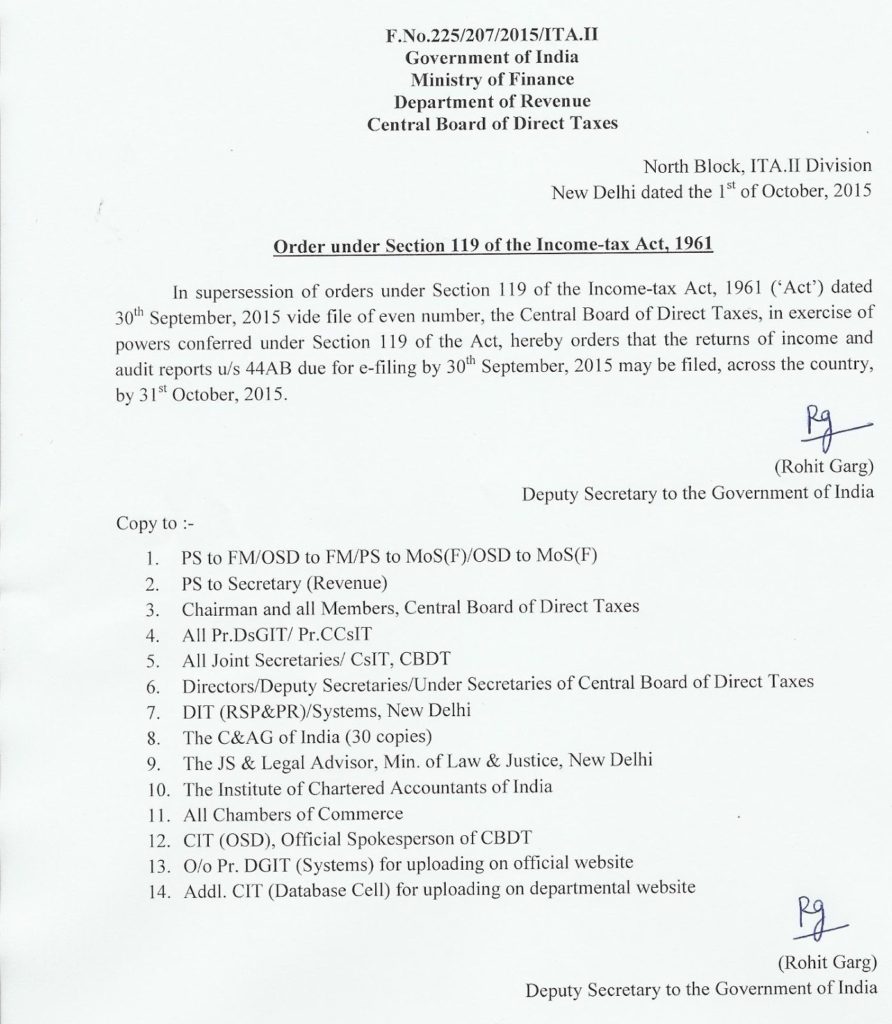