Grant of Family Pension and gratuity to the eligible member of the family of an employee/ pensioner/ family pensioner reported missing- consolidated instructions by DESW
Revision of Pension of Pre-2006 Pensioners/Family Pensioners who retired as Reader/Lecturers (SG) in NDA/IMA: Application called by PCDA
Additional Relief on Death/Disability of Govt. Servants (Civilians) Covered Under NPS: Procedures to be adopted for Submission of Claims – PCDA Order

P.P. CHAUDHARY
Will the Minister of DEFENCE be pleased to state:-

(a) whether terrorists have attacked / or entered military bases and targeted military personnel while camouflaging themselves by wearing or resembling military uniforms available in the retail market;

(b) if so, whether there is a proposal to issue military personnel uniforms with barcodes or other RFID and identification tags to ensure that only authorized personnel have access to military bases and to ensure that the wearer is indeed a member of the defence forces;

(c) if so, the details thereof; and

(d) if not, the reasons therefor?

(a) Yes, Madam. There are instances when the terrorists have been found wearing similar uniforms resembling uniforms used by Indian Army, in recent past.

(b) to (d): No, Madam. The usefulness of such uniforms is not ascertained. Further, the mechanism to ensure that only authorized personnel have access to military bases are in place. 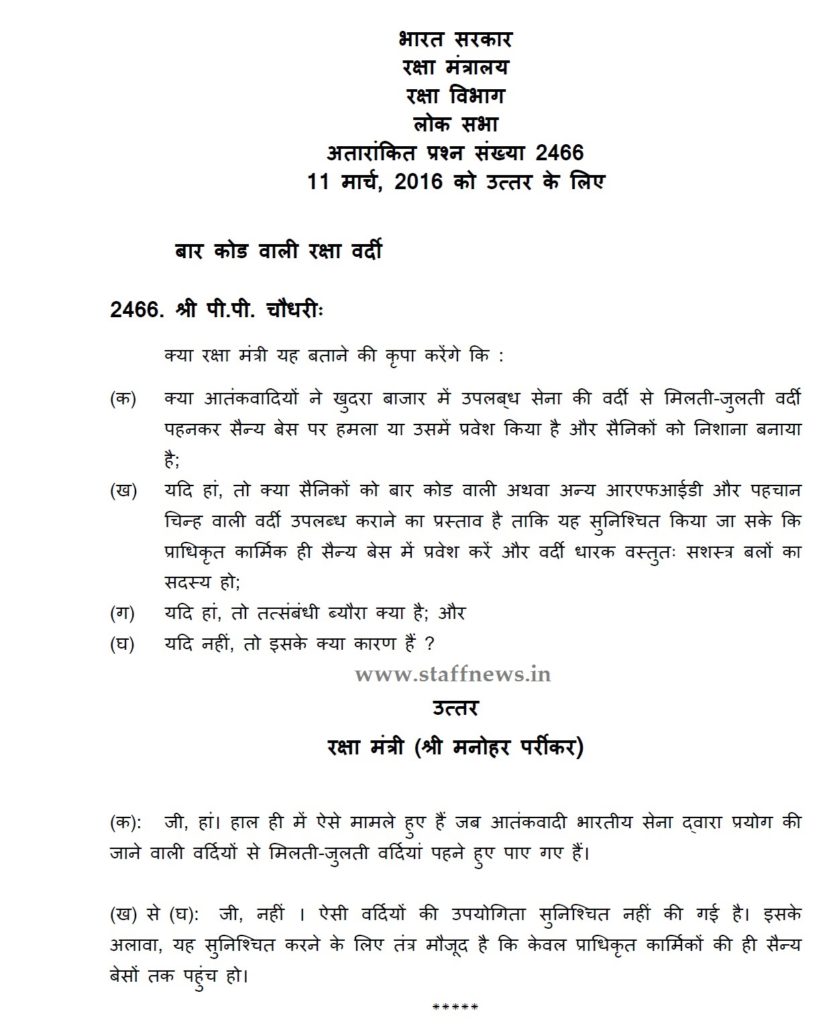 PDF/WORDStay connected with us via Facebook, Google+ or Email Subscription.