MAHEISH GIRRI
Will the Minister of DEFENCE be pleased to state:-

(a) whether the Government is planning to set up a National Commission for Ex-servicemen;

(b) if so, whether the Government had drafted National Commission for Ex-servicemen Bill, 2015;

(d) the expected timeline for setting up of the commission?

MINISTER OF STATE (RAO INDERJIT SINGH) IN THE MINISTRY OF DEFENCE

(a) & (b): In pursuance of Hon’ble President’s Statement made in the Address to the Joint Session of Parliament on 9th June 2014, regarding Government’s decision to appoint a Veterans Commission, the National Commission for Ex-Servicemen Bill, 2015 has been drafted.
(c) & (d): The comments of Department of Legislative Affairs and Department of Administrative Reforms and Public Grievances have been obtained. The matter is under consideration of the Government. 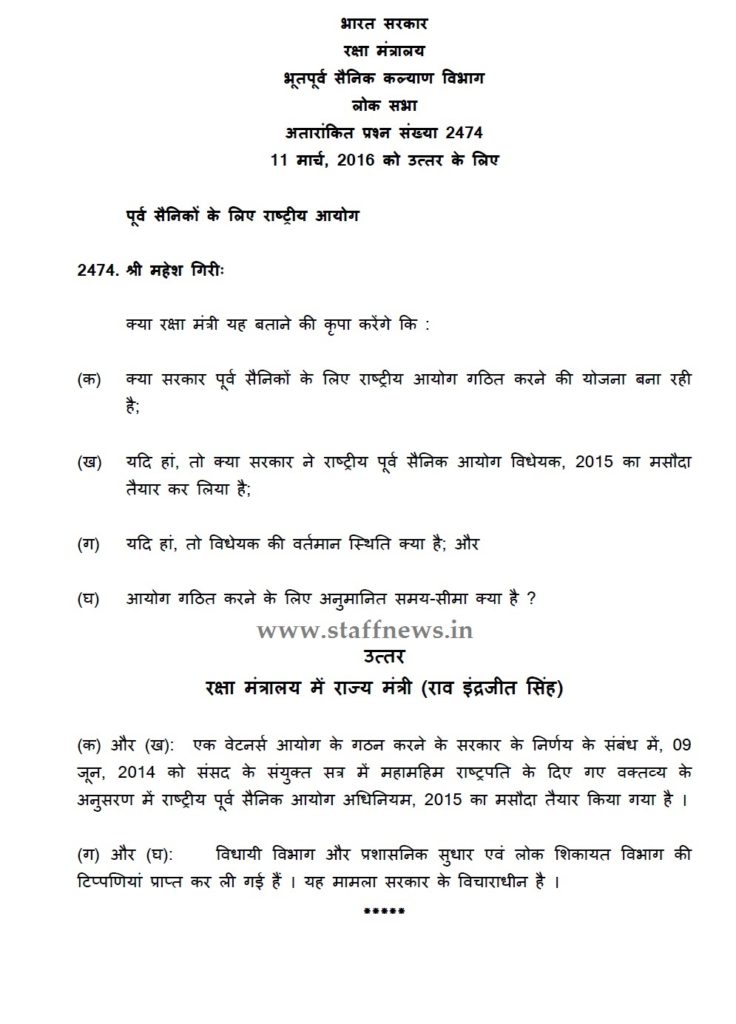