Kiran Kumari 2 January 5, 2017 3:52 am
General Bipin Rawat appeals army veterans to call off OROP protest
ANI
Newly appointed Chief of Army Staff General Bipin Rawat on Tuesday appealed the army veterans to call off their protest over One Rank One Pension (OROP) scheme while stating that government is trying its best to provide full assistance to them.
“I would like to appeal our veterans who are sitting on a protest at Delhi’s Jantar Mantar to go back to their home. The government is mulling over the OROP issue and trying to give our veterans full assistance,” General Rawat told ANI.
“As far as the OROP is concerned, our army chief veterans and ex-servicemen would have felt that the kind of assistance that they were expecting was not given. But I would like to say that our demand has been fulfilled to a certain extent,” he added.
Highlighting the initiatives taken by the Defence Ministry, Union Defence Minister Manohar Parrikar earlier in the day said that around 99 per cent of the eligible cases under the OROP

[##eye## OROP: 99% pensioners will get benefits by January-end, says Manohar Parrikar]
will be settled by January 2017, adding that around 13,000 cases are sent to pension disbursement authorities.
Speaking at the Ministry of Defence’s ‘Swachhta Pakhwada’ event, Parrikar further said that during last two and a half years, the ministry through ex-servicemen cell has been able to settle many of the issues.
“OROP is one of the important issues. So far we have already paid the pension on the first or second week of January. These cases should be in total finality, 13000 cases are sent to pension disbursement authorities. Almost 99 percent of the eligible cases will be settled probably by January, one percent is settled yet as we are trying to trace them,” Parrikar said.
The OROP scheme, announced in September 2015, is meant to ensure equal pension to servicemen who retired on the same rank and after the same duration of service, regardless of the year of retirement. 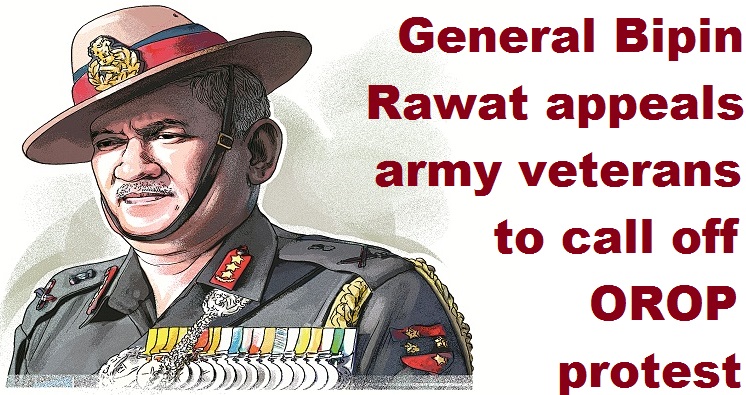 However, retired soldiers have been alleging that the government has not addressed their concerns fully about the disparity in pension payments.
Read at [Business Standard ##eye##]