Implementation of recommendations of Seventh CPC

Will the Minister of FINANCE be pleased to satate :-

(a) whether Government has implemented the recommendations of Seventh CPC regarding allowances w.e.f. 1st July, 2017 instead of 1st January, 2016; 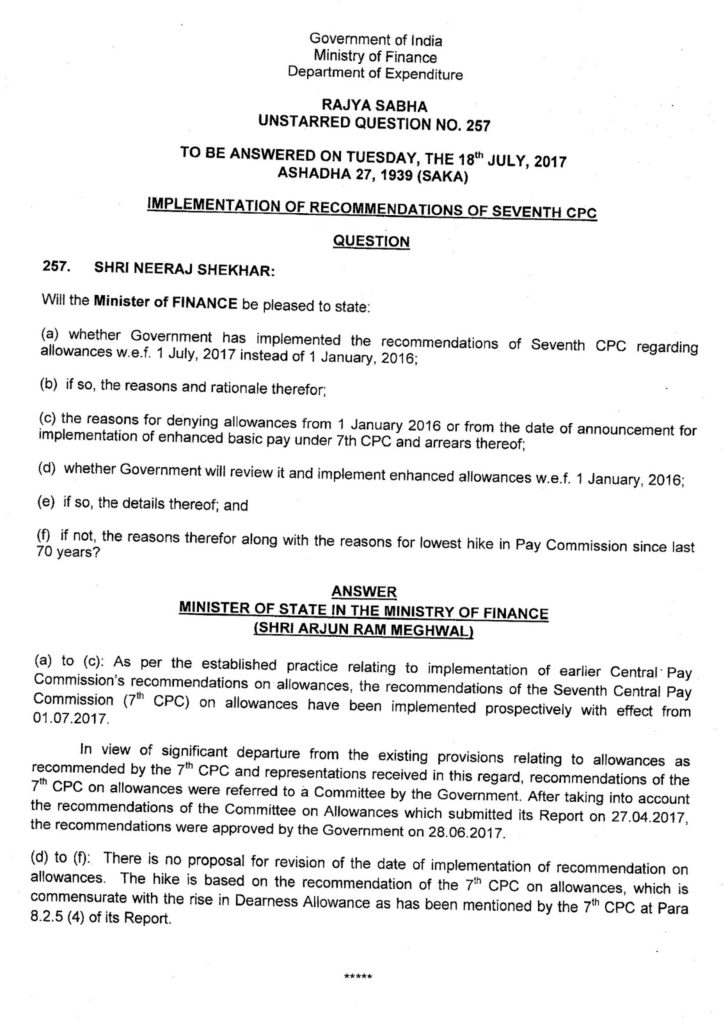